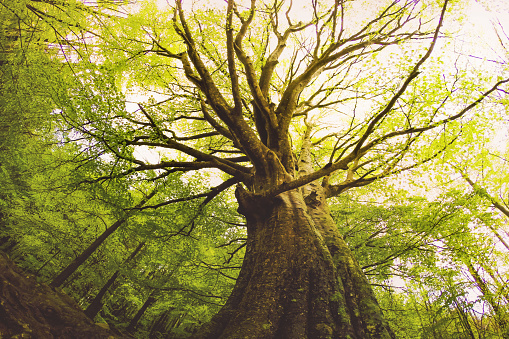 What is the meaning of the tree of life? The symbolism involved may furnish clues. Trees have several standard symbolic meanings. Green trees often represent the righteous, whereas dry trees can symbolize the wicked. 76 M. Catherine Thomas noted that "most often in scripture . . . the tree is an anthropomorphic symbol. A tree serves well as such a symbol because it has, after all, limbs, a circulatory system, the bearing of fruit, and so forth. Specifically, scriptural trees stand . . . for Christ and his attributes."77 Elsewhere we read, "In ancient times, sacred trees . . . were [representative of the] attributes of the gods." 78 Susan Easton Black wrote: "The tree of life is connected with the cross, the two having somewhat the same significance. Both relate to the resurrection, eternal life, the Lord, and the 'Love of God.' . . . Before the crucifixion of Christ, the tree of life symbol was used extensively. After the crucifixion the cross seems to have replaced it to a degree." 79 When Nephi wished to know the meaning of the tree that his father saw in his dream (1 Nephi 11:9–24), the angel showed him a vision of the birth of Christ. The angel then said to Nephi, "Behold the Lamb of God, yea, even the Son of the Eternal Father! Knowest thou the meaning of the tree which thy father saw?" (1 Nephi 11:21). To this Nephi responded, "It is the love of God" (1 Nephi 11:22). Jesus is the "love of God" (John 3:16) and the "tree of life."

Note that it was acceptable for Adam and Eve to partake of the tree of life as long as they were keeping the commandments, just as it was permissible for them to partake of Jesus' glory so long as they were obeying the commandments. 80 So the question must be asked, after Adam and Eve partook of the fruit of the tree of knowledge of good and evil, why did God place the cherubs with flaming swords to guard the way? As noted, it was to prevent Adam and Eve from partaking of the fruit of the tree of life while they were under the curse of sin. Further, it was to protect Adam and Eve from the direct presence of Christ while they were in their fallen state. But the placement of cherubs has a meaning that is symbolic as well as literal.

Flames likely conjure up images of sanctification or purging. However, there are numerous connotations associated with this relatively popular symbol. Flames are a manifestation of the godly or celestial nature of a thing. 81 They represent holiness, illumination, inspiration, enlightenment, and purification. 82 As for swords, standard symbolic interpretations include the word of God, meaning covenants, commandments, teachings, and so on. 83 Swords symbolize discernment 84 and that which separates. 85

Curiously, there appears to be a linguistic connection between these two seemingly separate and unrelated symbols. The early twentieth-century linguist and typologist Harold Bayley wrote:

The symbolism of the sword as the word of God is enshrined in the word Sword, i.e. se-word or is-word [meaning] the Fire or Light of the Word. The Anglo-Saxon for a sword was seax [which meant] "the Fire of the great Fire." Similarly the Italian spada resolves into sepada [which translates] the Fire of the Shining Father, and the German sabel into Fire of Bel. 86

Thus it appears that in the flaming sword we have a symbol of the celestial and divinely revealed words, commands, or covenants used to discern, protect, and separate the righteous from the disobedient. The cherubs with flaming swords in the Genesis and Moses accounts serve as a representation of those beings who will test us concerning the things we were to learn in this life in order to enter the presence of God. As noted previously, President Brigham Young once stated:

Your endowment is, to receive all those ordinances in the house of the Lord, which are necessary for you, after you have departed this life, to enable you to walk back to the presence of the Father, passing the angels who stand as sentinels, being enabled to give them the key words, the signs and tokens, pertaining to the holy Priesthood, and gain your eternal exaltation in spite of earth and hell. 87

Similarly, in section 132 of the Doctrine and Covenants we are told that if we keep the covenants we make in relation to eternal marriage, we will "pass by the angels, and the gods, which are set there, to [our] exaltation and glory in all things, as hath been sealed upon [our] heads" (D&C 132:19).

The placement of these sentinels in front of the tree of life indicates our need for the ordinances and covenants of the temple in order to regain the presence of the Father and the Son—Jesus himself being the tree of life! 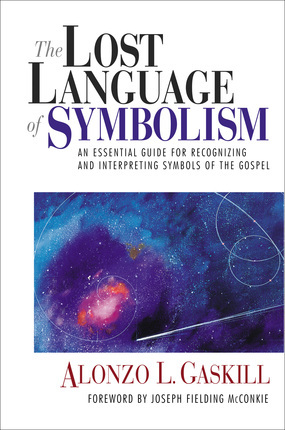 This engaging and well-researched guide explores the symbolism of body parts, clothing, colors, numbers, directions, names, and animals in holy writ and in the temple. It also provides a series of charts comparing the lives of scriptural individuals and showing how they actually are types and symbols of Christ.

Filled with countless examples to help explain and support the author's discussion of symbols and their meanings, the text makes extensive references not only to recognized Latter-day Saint sources but also to lesser-known sources written by a variet1 of religious scholars both modern and ancient. Find this book on deseretbook.com.