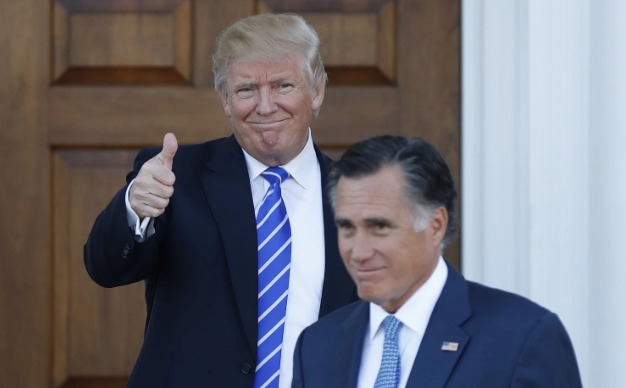 After Mitt Romney's meeting with President-elect Donald Trump last weekend, The Washington Post voiced their opinion about the possibility of Mitt Romney becoming the next secretary of state.

President-elect Donald Trump’s flirtation with Mitt Romney as a possible pick for secretary of state has injected a sliver of hope and change into an evolving administration that could use some.

If ever there were a rarer pair—think Doberman and Labradoodle—I can’t think of one. Then again, how better to present a bad-cop/good-cop dynamic to a dangerous and fragile world? If Trump is perceived as unstable and potentially volatile, Romney is the face of calm, a steady hand to help guide the next president’s foreign policies.

Concerns about the two men’s pointed exchanges during the campaign season would seem less important than whether Romney could do the president’s bidding—renegotiating trade deals, for example — when Trump’s views are in direct conflict with his. Romney has been pro-open trade; Trump campaigned on either scrapping or reworking trade deals.

Having known Romney for a decade or so, I’m pretty sure he’d accept the job if offered, which I base on my understanding of his profound sense of duty to country. While true that the former Massachusetts governor worked against Trump during the primaries, his personal values, including a humility rare in the political world, ultimately would prevail over self-regard.