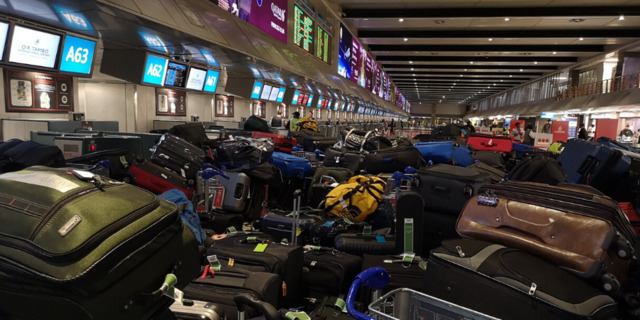 What you didn’t know about the heroes behind getting 26,000 missionaries home safely

Earlier this year, about 26,000 missionaries were transported back to their home countries as a safety measure against the coronavirus. Many departures were abrupt and didn’t give missionaries or their families much time to prepare for the change. And while life was certainly hectic for returning missionaries, there were some behind-the-scenes heroes that expertly navigated their own level of frantic.

Church travel employees spent sleepless nights at their office as they sought to book flights home for missionaries across the world. They also had to charter planes and figure out where to store luggage when there wasn’t room for it to travel with the missionaries. Team unity was crucial to make everything run smoothly.

► You may also like: Not a traditional mission but my mission

“In addition to the sacrifice and the dedication, it was amazing how unified we were as a team,” Russell Harrington, missionary travel manager for Global Travel Services, told Church Newsroom. Harrington slept by his desk some nights while working to help bring all of the missionaries home. “And if that took staying up for 36 hours and working at our desk the entire time, we did it. And everyone did it. The unity that played into that was pretty phenomenal.”

While most families don’t know the names of the employees who helped get their missionaries home safely, many wanted to reach out and show their thanks. Thank-you notes are now hanging in the Travel office in the Church Office Building in Salt Lake City. 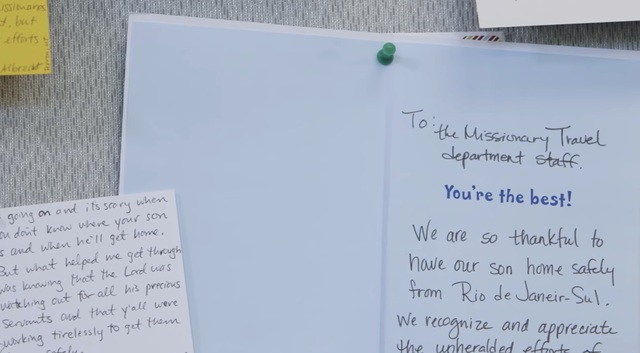 The Travel office and the Church’s Missionary Department weren’t done working once all the missionaries arrived home, though. Missionaries that had only a few months left on their missions were released. The rest were offered two choices: depart for a reassignment immediately, or delay for 12 to 18 months. Most elders and sisters chose to leave immediately. The Missionary Department was pleased to see so many missionaries choose to continue to serve, but that choice also created a problem: where to house them all?

Opportunities for the missionaries to serve were wonderful, but apartment options were limited. But again, Church employees thought creatively and found a solution.

“We decided to reach out to hotels to see if they might be able to help us,” Brent Elliott, a purchasing manager for the Materials Management Department, told Church Newsroom. “And since there aren’t a lot of people traveling, it was a good time to do that. And so hotels reached out and they’re helping us.”

Despite the disruption of normal missionary life, the work of spreading the gospel is pressing forward. And dedicated Church employees can take satisfaction in knowing they helped make it happen.

“We hear from almost every mission that they have a really long list of people who are waiting to be baptized as soon as the chapel can open,” Elder Brent H. Nielson, General Authority Seventy and Executive Director of the Church’s Missionary Department, told Church Newsroom. “We’re excited for that moment to happen, and it’s starting to happen right now.”

Read more about missionaries traveling home, how they are receiving their new assignments, and how the virtual MTC is moving forward at Church Newsroom.