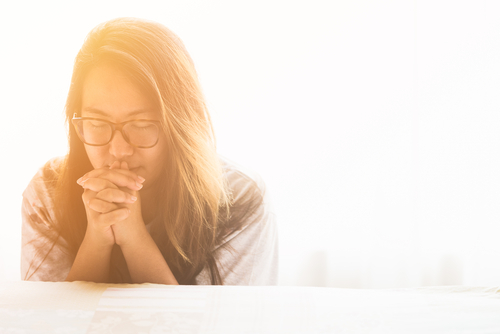 When God Doesn't Give Clear Answers to Prayers: One Analogy That Might Change How You See Personal Revelation

byJohn Hilton II and Brad Wilcox, excerpted from "52 Life-Changing Questions from the Book of Mormon" | Jan. 05, 2018

After Nephi had experienced his great vision of the tree of life and the ministry of Jesus Christ, his older brothers approached him. They didn’t understand some of the teachings of their father, and when they asked Nephi to explain them, he asked, “Have ye inquired of the Lord?” (1 Nephi 15:8).

When we have problems, we also may turn to friends or family members and seek their advice. This is a valuable part of the process of studying things out, but do we sometimes forget to inquire of the Lord? The phrase “inquired of the Lord” appears several times in the scriptures—and with only one exception, the Lord answered the person’s inquiry (1 Samuel 28:6). Whether the question concerned family, temporal concerns, or spiritual matters, the Lord responded. Consider the following examples:

King Mosiah had a question about his family. He needed to know if he should allow his sons to go on a mission to the Lamanites. He “went and inquired of the Lord. . . . And the Lord said unto Mosiah: Let them go up” (Mosiah 28:6–7; emphasis added).

On several occasions, King David pled with the Lord for the wisdom to know how to handle military conflicts. “And David enquired of the Lord, saying, Shall I go up to the Philistines? wilt thou deliver them into mine hand? And the Lord said unto David, Go up” (2 Samuel 5:19; emphasis added).

When Alma was faced with a vexing ecclesiastical dilemma, “he went and inquired of the Lord what he should do concerning this matter. . . . And it came to pass that after he had poured out his whole soul to God, the voice of the Lord came to him” (Mosiah 26:13–14; emphasis added).

Mormon heard that some of his people were preaching the false doctrine of infant baptism. He “immediately inquired of the Lord concerning the matter. And the word of the Lord came” (Moroni 8:7; emphasis added), explaining that this practice is incorrect.

Joseph Smith wrote, “My object in going to inquire of the Lord was to know which of all the sects was right, that I might know which to join” (Joseph Smith–History 1:18; emphasis added). The Lord answered Joseph’s humble request in a marvelous, world-changing way. Later, the Prophet received many revelations contained in the Doctrine and Covenants because he “inquired of the Lord.”

Like these examples from scriptures, there are times when each of us must inquire of the Lord: Should I take this new job? Should I move my family to a different area? Should I marry this person? Should we have another baby? Answers to such questions require personal revelation. Elder Dallin H. Oaks has written, “Latter-day Saints believe in personal revelation. Like many others, I have experienced it. Again and again my life has been enriched and my decisions have been guided by a loving Heavenly Father who answers our prayers for assistance.”

These answers may come in different forms, but they come (D&C 8:2–3; 6:14; 85:6). They come according to God’s timetable, but they come (D&C 88:68). They often come “line upon line; here a little, and there a little” (Isaiah 28:10), but they come. Elder Gerald N. Lund said, “I have never personally heard an audible voice. . . . I have a friend who did. What came to him in that audible voice is no more important than what comes in the quiet whisperings of the Spirit. It is what comes, not how it comes that matters.”

We need to remember to inquire of the Lord. James Earl Campbell, a patriarch in the midwestern United States, was concerned about a situation that had surfaced. He counseled with the stake president, but they were both baffled. The patriarch had never encountered this type of problem before. In fact, he had never even heard of such a thing.

Elder Bruce R. McConkie had ordained Brother Campbell and invited him to call if he ever needed help. Knowing Elder McConkie’s busy schedule, Brother Campbell hesitated to make the call. But if ever there were a moment when he needed help, this was it. He called, and Elder McConkie greeted him warmly. The Apostle listened attentively and courteously, letting this patriarch explain the situation in great detail. He even asked questions to clarify certain points. Then, when the patriarch had finished, Elder McConkie said, “It looks like you need to take this to God. He will tell you what to do.” The two men said their good-byes.

Brother Campbell concluded, “This Apostle pointed me toward my Father in Heaven. In my rush to solve the problem I had turned to priesthood leaders and overlooked the ultimate priesthood leader. I knelt in prayer and soon a resolution to my unique problem presented itself.”

“We often receive wise counsel from Church leaders about how to serve in our Church leadership callings. Yet sometimes we underestimate our right and capacity to receive revelation ourselves, for any calling we may hold, and for every aspect of our lives. I once received a call from Johannes Wondra, president of the Vienna Austria Stake at the time. He had a list of ten very good questions for me. I listened carefully to his list of questions and replied, ‘If I knew the answers to those questions, President, I would be the president of the Vienna Austria Stake.’ President Wondra understood my point and later used it as an Area Seventy in teaching other priesthood leaders about their ability to receive inspiration for themselves.”

In her book A Return to Virtue, Sister Elaine S. Dalton shared an experience that demonstrates the importance of inquiring of the Lord. After she had given a talk in which she mentioned that she runs marathons, a young man from Singapore e-mailed her. Sister Dalton wrote, “He wanted to know if I thought it was all right to run a marathon on Sunday. He explained that he was an avid runner and an active member of the Church and that he was training for the Singapore Marathon, which was held on a Sunday. . . . He wanted me to advise him as to what he should do.”

Sister Dalton replied that she could not make that decision for him. She encouraged him to be prayerful and decide for himself. She then quoted 1 Samuel 2:30, which reads in part, “But now the Lord saith . . . for them that honour me I will honour.”

Several years later, Sister Dalton was assigned to do some auxiliary training in Singapore, and the brother who greeted her at the airport was the very man who had written her about running on Sunday. She was happy to meet him in person and asked if he had run the marathon. Sister Dalton wrote, “He responded eagerly that he had! I smiled and said, ‘Congratulations!’ But in my heart I was sad—it seemed like I hadn’t quite gotten my point across, and I regretted not being more direct in my reply. Then he added quietly, ‘But I did rather poorly. I ran it all alone on Saturday in the traffic.’”

This brother inquired of the Lord. He received his answer. The patriarch inquired of the Lord and received his answer. Johannes Wondra inquired of the Lord and received an answer. But what about when we inquire and feel that we have received no response? Most of us know what a “yes” answer feels like. It may feel like what the scriptures call a burning in the bosom (D&C 9:8), or it may come as a feeling of peace or tranquility (D&C 6:23). We probably also know what a “no” answer feels like. The scriptures call it a stupor of thought (D&C 9:9). These signals are often clear and easy to interpret—like seeing a green light or a red light when you are driving. The only way you can really go wrong is to stop at a green light or drive through a red light.

But what about a yellow light? What about when we pray and do not receive a clear “yes” or “no”? We may receive a “maybe” answer—or no response at all. Does that mean the Lord doesn’t care about us or that the question we are struggling with is not important enough for Him to guide us? Although we often interpret “yellow light” answers in this way, those may not be the messages God intends. Instead of viewing a yellow light answer as evidence that God is distant and doesn’t care about us or our concerns, one possibility is that we may view it as evidence that God trusts us. We’ve made good decisions before, and He knows we can make good decisions again. Other possibilities are that perhaps the Lord wants us to gather more information or that the timing is not right.

Elder John H. Groberg taught, “Because [the Lord] knows we need the growth, he generally does not point [out the clear direction]. But if [a decision] is wrong, he will let us know—we will feel it for sure. I am positive of that. So rather than saying, ‘I will not move until I have this burning in my heart,’ let us turn it around and say, ‘I will move unless I feel it is wrong.’”

As with a yellow light in traffic, the best thing to do may vary, depending on the position of the car at that moment. However, as a general rule, when Heavenly Father sends us a yellow light, we may consider moving ahead. Elder Richard G. Scott promised, “God will not let you proceed too far without a warning impression if you have made the wrong decision.”

We can and must inquire of the Lord. He will give us the revelation we need and the strength to move forward even when we are uncertain. He has said, “Because thou hast inquired of me . . . thou art blessed” (Mosiah 26:19). 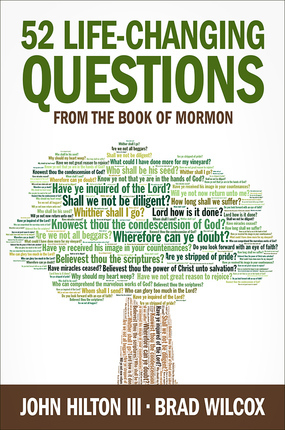 A woman was in a church meeting, studying Philippians 4:8: "Whatsoever things are true, ... honest, ... pure, ...lovely, [or] of good report; if there be any virtue, and ... any praise, think on these things." She felt the Holy Spirit say to her, "Is there anything honest, pure, or lovely in your soap opera?"

She had to confess that the program was not lovely or of good report or praiseworthy. Then the Spirit whispered another question: "So what are you going to do about it?"

What this sister heard from the Spirit that day were life-changing questions, and her decision to give up her soap opera made a profound difference in her life.

Where can we find questions that will awaken us out of those mental—and spiritual—doldrums? Popular authors John Hilton III and Brad Wilcox help us recognize and ponder 52 powerful questions from the Book of Mormon—one for each week of the year. One short chapter each week has the power to change your life.

Find this book at Deseret Book stores or on deseretbook.com.