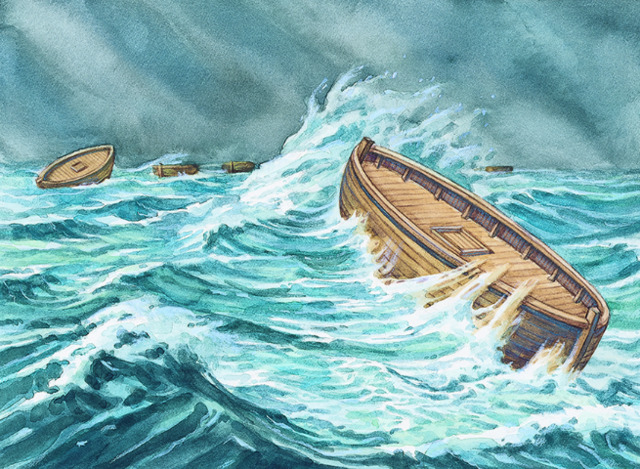 When God Is the Storm

The earliest story recorded in the Book of Mormon is about a prophet named Mahonri, better known as the brother of Jared. As told in the book of Ether, he was directed by God to gather his family and friends and set sail towards a new land, leaving wicked Babel behind. But rather than teaching the brother of Jared how to build a ship like fellow Book of Mormon prophet Nephi built, Heavenly Father taught the brother of Jared and his people (the Jaredites) how to build barges. These barges were round, sightless, steerless, and rudderless. Nevertheless, with some special help from the Lord, the Jaredites built them and headed out to sea.

From the very start, the voyage wasn’t easy:

“God caused that there should be a furious wind blow upon the face of the waters...and thus they were tossed upon the waves of the sea before the wind.

“And it came to pass that they were many times buried in the depths of the seas, because of the mountain waves which broke upon them, and also the great and terrible tempests which were caused by the fierceness of the wind” (Ether 6:5–6).

Rather than taking a paradisaical path to the promised land, the Jaredites drifted in chaos. With the only light coming from divinely touched stones and no view of their outside surroundings, the travelers could not see where they were going. The only clues about what was happening outside the barge walls probably came from the sounds of crashing waves and unrelenting winds.

The Jaredites didn’t silently sit through the scary storms, though. “When they were encompassed about by many waters they did cry unto the Lord” (Ether 6:7). They were frightened.

So why does God send a storm in this story? Can He not hear their cries? Does He not care? As the Primary songbook says, "Heavenly Father, are You really there?" 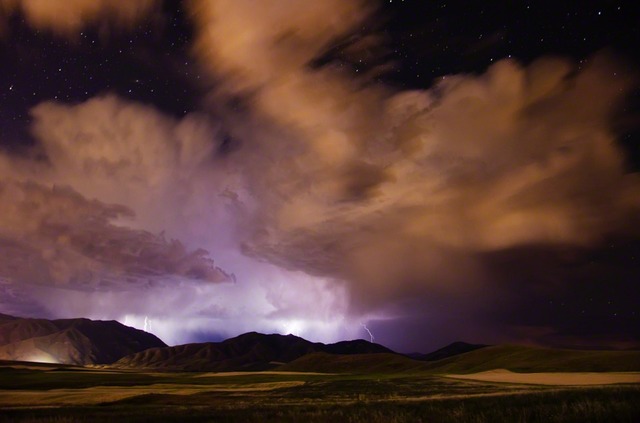 So why does God send a storm in this story? Can He not hear their cries? Does He not care? As the Primary songbook says, "Heavenly Father, are You really there?"

The answers to these questions come in the next verse: “And it came to pass that the wind did never cease to blow towards the promised land while they were upon the waters; and thus they were driven forth before the wind” (Ether 6:8).

Without being able to guide themselves, the Jaredites had to rely on God as their Captain. After His initial commandment to leave, the Jaredites did not know how God would get them to His promised land, but they believed that He would. And God delivered, as He always does. Being stagnant at sea wouldn’t have taken the Jaredites anywhere new; they would have been just the same as they were before getting into the barges. To move them to where they needed to go, Heavenly Father sent a storm, and after 344 days at sea, the Jaredites landed on the prophesied sand, and “[They] did thank and praise the Lord all the day long; and when the night came, they did not cease to praise the Lord” (Ether 6:9).

This story of the Jaredites is really also our own story. In life, storms come. In distress, we may ask God to relieve the storm only to have rains fall heavier, waves grow thicker, and winds blow faster. Life storms can easily seem God-less. Confusion, frustration, and contempt are natural causes of disorder. Prayers can feel unanswered. Mid-storm, the prophet Joseph Smith sat cold in Liberty Jail and cried, “O God, where art thou? And where is the pavilion that covereth thy hiding place?” (D&C 121:1). Joseph felt alone. But God never leaves us alone. He answers our prayers, as He answered Joseph's:

“My son, peace be unto thy soul; thine adversity and thine afflictions shall be but a small moment; And then, if thou endure it well, God shall exalt thee on high” (D&C 121:7–8).

God knows how to help you best. Jesus taught in Jerusalem, “If ye then, being evil, know how to give good gifts unto your children, how much more shall your Father which is in heaven give good things to them that ask him?” (Matthew 7:11). If you ask for help, God will help. His assistance may come as blistering winds and rain, and the promised land may not be visible until your feet touch earth, but His hand will always push you to good.

The Lord’s lifestyle is not one of promised perfection—ask Job, Joseph of Egypt, Daniel, or Paul. Or ask Nephi, Abanadi, Samuel, Mormon, or Moroni. Promised perfection, no, but promised protection, yes—not from earthly woes, but from spiritual death. Discipleship does not translate to dollars earned or deals won but rather to divine direction and eternal life. 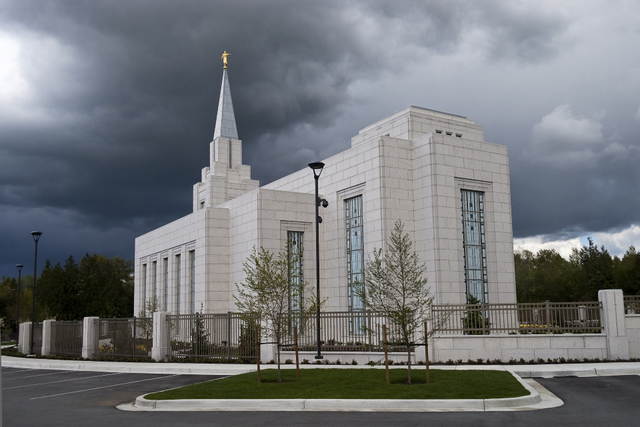 God sends storms to move us towards what is best.

God sends storms to teach and train. God sends storms to move us towards what is best. Like the Jaredites, we don’t know what the path to promise looks like, but we can trust our guides—our Heavenly Parents, the Savior, the Holy Ghost, and angels—to deliver on Their word.

The path to heaven isn’t pretty. The path isn’t paved with pearls. But the path, with its storms, is worth it, moving us towards Him, towards Home.