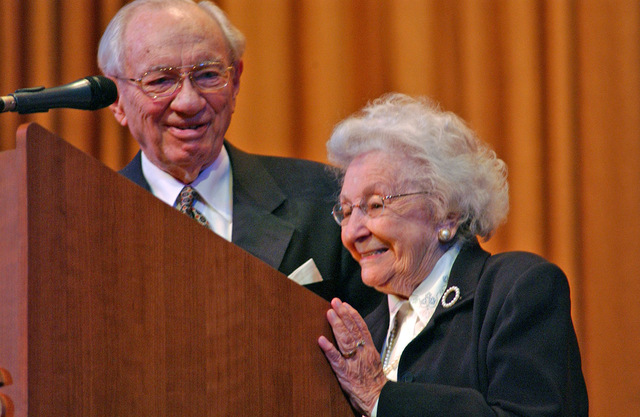 When Gordon B. Hinckley Proposed with Only $150 to His Name: Marjorie's Priceless Response 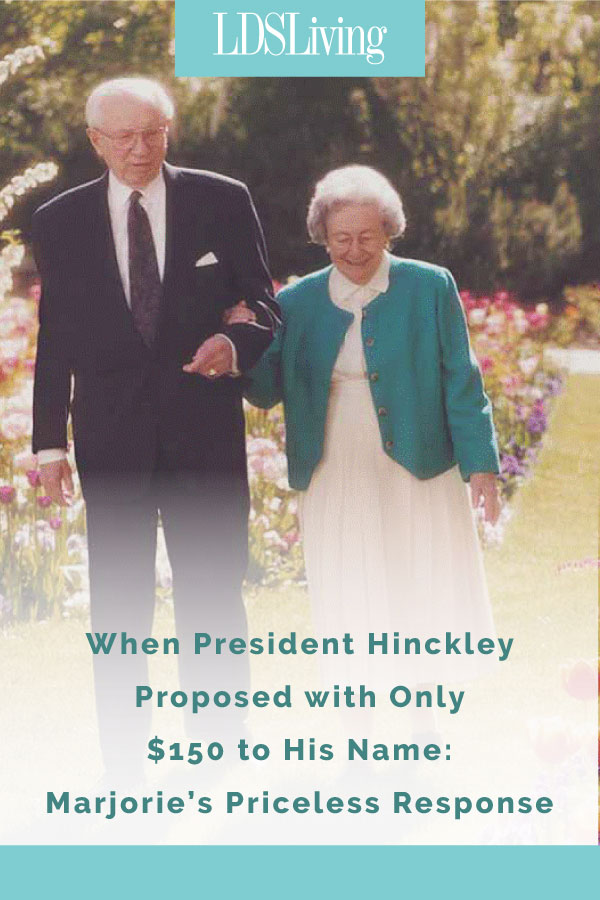 Before marrying Marjorie, even President Hinckley had some concerns about his personal financial situation. We can all take comfort from his and his wife’s faith to move forward, no matter the circumstance, and to trust that the Lord would provide. The following is a brief excerpt from the book, Courtships of the Prophets: From Childhood Sweethearts to Love at First Sight, by Mary Jane Woodger and Paulette Preston Yates:

Gordon and Marjorie began talking of marriage and even set a date. However, shortly before the day of their wedding, Gordon called Marjorie, explained he had some concerns, and suggested they go to lunch.

Over lunch, he expressed his apprehension about his financial situation. He wanted Marjorie to know that he had only one hundred and fifty dollars to bring to their marriage. Undoubtedly, Marjorie was relieved that money was his main concern.

She countered his admission in her customary, optimistic style: “Oh that will work out fine,” she bubbled; “if you’ve got $150, we’re set.” Over the years, Sister Hinckley often shared this memorable lunch exchange that she had with her beau. In her unique, quick-witted manner, she would quip: “Well, $150 sounded like a small fortune to me. I had hoped for a husband and now I was getting $150 too.”

With his financial concerns laid to rest, Gordon Bitner Hinckley took Marjorie Pay to the Salt Lake Temple, and she became his bride on April 29, 1937. They were sealed for time and eternity in a ceremony performed by Elder Stephen L Richards.

When reminiscing of their wedding day, President Hinckley often said: “Marjorie had grown into a wonderful young woman, and I had the good sense to marry her. . . .She was beautiful, and I was bewitched.”

Courtships of the Prophets allows readers a captivating look into some of the most cherished memories of the prophets — the earliest moments of romances that endured a lifetime. From the sweet recollections of first encounters to the tender love letters of youth, this volume portrays the histories of some of our latter-day prophets as never before in a heartwarming collection of reminiscences that truly evokes the magic of happy endings. Available at Deseret Book stores or on deseretbook.com