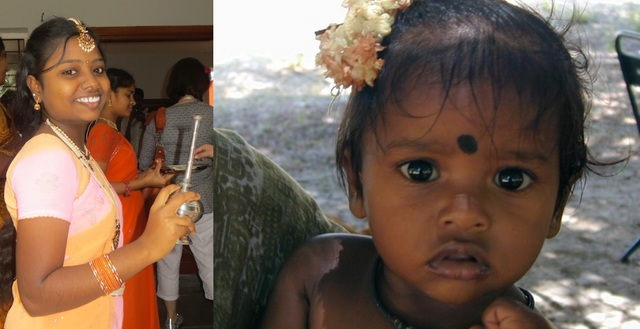 When Her Mom Abandoned Her in a Garbage Can: How One Woman Found Hope in the LDS Church

Though rejected by her family, Jennifer found love and acceptance when she became a member of The Church of Jesus Christ of Latter-day Saints.

When I met Jennifer, she was already stunning as a baby. She had the biggest and most expressive brown eyes I had ever seen on a baby. Her skin was a beautiful rich creamy brown—the color of Southern Indians. It was quite jarring, however, looking at that beautiful face, to realize that there was one small flaw in that creamy skin—a small area on her nose where her skin was losing its natural pigment and had turned white. Her right shoulder was also disfigured by this bizarre whiteness. It was quickly apparent to us that Jennifer had the first stages of leprosy, a stage that is called dry leprosy.

Fortunately, Jennifer’s leprosy was discovered early, before any disfiguring disabilities had occurred. At this point, leprosy is typically easy to cure. We told Jennifer’s mother that we would return with proper medical treatment for her daughter. In Jennifer’s case the leprosy was easily cured with one packet of a multi-drug therapy put out by the World Health Organization. Ironically the packet cost only $1.50, yet made such a drastic change in little Jennifer—the dread disease was arrested!

Jennifer’s trials were not over, however. Life in a leprosy colony can be very challenging for mothers. At one point Jennifer’s mother became overwhelmed by the challenges of trying to provide for herself and a young daughter as well. Eyes downcast, Jennifer softly and hesitatingly continued her story,

“One day, my mother decided she didn’t want me anymore. She threw me into a dustbin and said, ‘We don’t want to live with you anymore.’”

Tears streamed silently down Jennifer’s face as she recalled this dark time of her life.