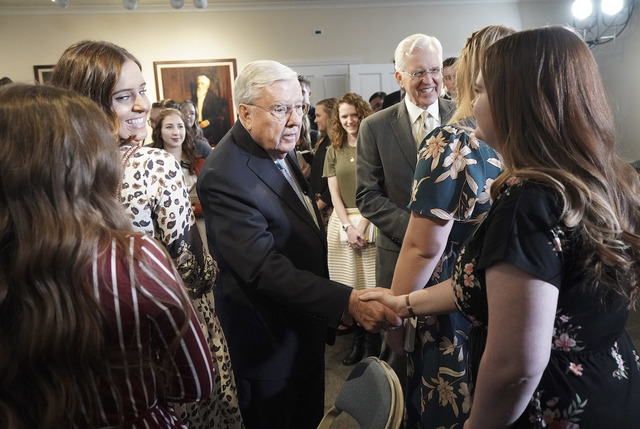 Most people probably haven’t heard of John Howland, an indentured servant who crossed the Atlantic Ocean on the Mayflower in 1620. Historic names like William Bradford, John Carver, and Myles Standish are likely more familiar.

And yet Howland has perhaps had a greater impact on American history than any of the other more recognized pilgrims, said President M. Russell Ballard, acting president of the Quorum of the Twelve Apostles.

Howland’s life could have ended up quite differently, though. During his passage on the Mayflower, he had been swept overboard during a fierce storm and miraculously survived by catching hold of a rope before he could be hauled on board again.

“Think about it for a moment—the existence of these political leaders, poets and prophets hinged on this one young man finding and grabbing a rope in the ocean and holding on tight to be saved,” President Ballard said during a visit to Joseph Smith’s birthplace in October 2019. “It was a miracle!”

Howland’s story serves as a reminder, the apostle continued, to look for how the Lord blesses many people’s lives.

READ THE FULL STORY ON TheChurchNews.com.