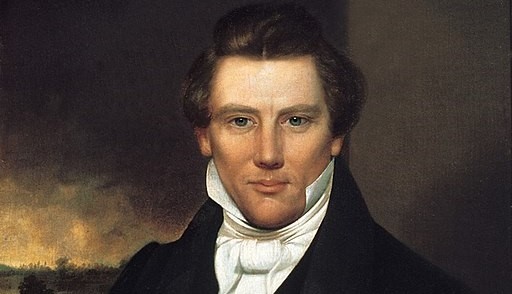 The Lord commanded on the very day the Church was organized that “behold, there shall be a record kept among you” (see D&C 21:1). Clearly the Lord values history, but many accounts recorded in the Church raise the question: what is the value of history in building our testimonies of the Savior?

Perhaps a partial answer is found in Moroni 10:3, where the Lord said, “Behold, I would exhort you that when ye shall read these things, if it be wisdom in God that ye should read them, that ye would remember how merciful the Lord hath been unto the children of men, from the creation of Adam even down until the time that ye shall receive these things, and ponder it in your hearts” (emphasis added). What is the antecedent of the “it” we are to ponder?

It is the mercies of God abundantly given unto men across the span of history. To read and ponder such sacred history enlarges our memory and softens our hearts toward God. Studying and pondering our history with a heart of faith can make our faith more unshakable. The same is true when it comes to studying the life of the prophet Joseph Smith.

A Prophet and a Man

Joseph Smith the Prophet stands at the head of this gospel dispensation—this period of time when God revealed anew the doctrines, covenants, and ordinances essential for the fullness of salvation. Joseph Smith is the Prophet of the prophets—the great revealer of Christ in our time. A man or woman today can come to Christ from many different directions, but if they would receive the fullness of Christ, they must receive it through the authority given to Joseph Smith.

Yet, Joseph Smith was still a mortal man with failings and weaknesses. On May 12, 1844, just a little over a month before Joseph was killed, the Prophet said in a public discourse:

“I never told you I was perfect; but there is no error in the revelations which I have taught. Must I, then, be thrown away as a thing of naught?” (see Teachings of the Presidents of the Church: Joseph Smith, p. 522).

There is a tendency with some to throw Joseph Smith away as a thing of naught because, in one way or another, he does not measure up to some character standard we create for a “true” prophet.

Here are a few historical accounts that give witness to the Prophet Joseph Smith’s character, His devotion to the Lord, and his work as a prophet of God—accounts that testify of the Lord’s tender mercies and provide insights that strengthen faith.

It was July 22, 1839, on the Iowa side of the Mississippi River across from Commerce, Illinois, when Joseph Smith traveled from house to house ministering to those afflicted with the ague, or malaria as we know it today. Near the end of the day, a man desperate to save the lives of his children
approached Joseph Smith. Wilford Woodruff records:

“While waiting for the ferryboat, a man of the world, knowing of the
miracles which had been performed, came to him [Joseph] and asked him if he would not go and heal his twin children, about five months old, who were both lying sick nigh unto death. They were some two miles from Montrose.

“The Prophet said he could not go, but after pausing some time, he said he would send someone to heal them. He then turned to me and said, ‘You go with the man and heal his children.’

“He took a red silk handkerchief out of his pocket and gave it to me,
and told me to wipe their faces with the handkerchief when I administered to them, and they should be healed. He also said unto me, ‘As long as you will keep that handkerchief, it shall remain a league
between you and me.’

“I went with the man, and did as the Prophet commanded me, and the children were healed. I have possession of the handkerchief unto this day.

“It has been my faith and belief from the time that I was made acquainted with the gospel that no greater prophet than Joseph Smith ever lived on the face of the earth, save Jesus Christ. He was raised to stand at the head of this great dispensation—the greatest of all dispensations God has ever given to man.”

“We Are in Your Hands”

“A short time before we were to go to Daviess County for trial, word came to us that either General Atchison or Doniphan would raise a military force and go with us to protect us from the wrath of that people. The matter was discussed by the brethren (except Brother Joseph), and they naturally enough concluded it would be best. Although I had nothing to say, I concurred with them in my feelings.

“Brother Hyrum asked Brother Joseph what he thought of it. Brother Joseph hung his head a few moments and seemed in a deep study, then raised up and said, ‘Brother Hyrum, it will not do. We must trust in the Lord. If we take a guard with us we shall be destroyed.’

“This was very unexpected to us, but Brother Hyrum remarked, ‘If you say it in the name of the Lord, we will rely on it.’

“Said Brother Joseph, ‘In the name of the Lord, if we take a guard with us, we will be destroyed, but if we put our trust in the Lord we shall be safe, and no harm shall befall us, and we shall be better treated than we have ever been since we have been prisoners.’

“This settled the question, and all seemed satisfied. It was decided that we should have no extra guard, only such as they chose for our safe keeping.

“When we arrived at the place where the court was held, I began to think he was mistaken for once, for the people rushed upon us en masse crying, ‘Kill them.’ . . .

“I could see no chance for escape, unless we could fight our way through. And we had nothing to do it with.

“At this, Brother Joseph, at whom all seemed to rush, rose up and said, ‘We are in your hands; if we are guilty, we refuse not to be punished by the law.’

“Hearing these words, two of the most bitter mobocrats in the country—one by the name of William Peniston and the other Kinney, or McKinney—got up on benches and began to speak to the people, saying, ‘Yes, gentlemen, these men are in our hands; let us not use violence, but let the law have its course. The law will condemn them, and they will be punished by it. We do not want the disgrace of taking the law into our own hands.’

“In a very few minutes they were quieted, and they seemed now as friendly as they had a few minutes before been enraged. From that time until we got away they could not put a guard over us who would not become so friendly that they dared not trust him, and the guard was very frequently changed. We were seated at the first table with the judge, lawyers, etc., and had the best the country afforded, with feather beds to sleep on—a privilege we had not before enjoyed in all our imprisonment.”

“Joseph Is a True Prophet of the Living God”

The angel Moroni told Joseph that his “name should be had for good and evil among all nations, kindreds, and tongues, or that it should be both good and evil spoken of among all people” (see Joseph Smith—History 1:33). With the technological explosion of information across the globe, the gospel is being preached from the jungles of the Amazon to the farthest reaches of Asia. There has never been a time when more people have heard the name of Joseph Smith. In that light, consider the following from the diary of Heber C. Kimball. He tells how the city of Far West, Missouri, fell to enemies of the Mormons in October 1838 and how the defenders were taken prisoner. While the prisoners were under guard, a certain apostate by the name of William E. McLellin sought out Brother Kimball. Heber recounts the conversation:

“When he came up to me, he said, ‘Brother Heber, what do you think of Joseph Smith, the fallen prophet, now? Has he not led you blindfolded long enough? Look and see yourself, poor, your family stripped and robbed, and your brethren in the same fix. Are you not satisfied with Joseph?’ I replied, ‘Yes, I am more satisfied a hundred fold than I was before; for I see you in the very position that he foretold you would be in—a Judas to betray your brethren, if you did not forsake your adultery, fornication, lying and abominations. Where are you? What are you about—you, and Hinkle, and scores of others? Have you not betrayed Joseph and his brethren into the hands of the mob, as Judas did Jesus? Yes, verily, you have! I tell you ‘Mormonism’ is true, and Joseph is a true Prophet of the living God, and you with all others that turn therefrom will be damned and go to hell, and Judas will rule over you!’” (see Orson F. Whitney, The Life of Heber C. Kimball an Apostle: The Father and Founder of the British Mission, p. 218).

There has never been a time when such testimonies were needed more than now. Do we know our history well enough to answer questions and defend the faith? Is our testimony of the Prophet Joseph Smith sufficiently grounded in true doctrine and principles that we can withstand those who attack and accuse him?

It is through studying Church history and the life of Joseph Smith we can find the answer to these questions, as well as a testimony of our own. Joseph Smith was a mortal man with flaws and weaknesses, but he was also a prophet of God who established the Lord’s Church on the earth today.