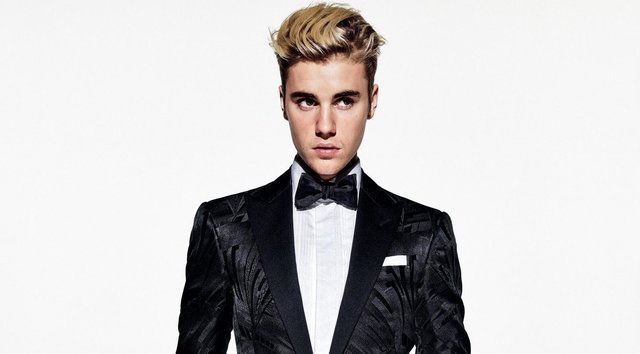 When Justin Bieber Received a Book of Mormon

Shortly after Justin Bieber released his first full-length album, which featured "Baby" and took the world by storm—debuting at or near number one in several countries—Bieber received an unexpected gift: a Book of Mormon with two testimonies written inside.

When Latter-day Saint Ashley Raymond won tickets to a meet and greet with Justin Bieber on July 10, 2010, she invited her friend Sammie Parkinson to come as her plus one. "We were obsessed with Justin at that age," Parkinson says with a laugh.

"[Ashley and I] have always been strong in the Church," Parkinson says. "We love this gospel. I was blessed to grow up in a family who were always striving to be missionaries even out of the 'mission field.' So having that example in both of our lives, we thought it would be cool to give him something that played such a big part in our lives." That's why Raymond and Parkinson decided to give Justin Bieber a Book of Mormon, their testimonies carefully inscribed inside the front cover.

"I don’t remember all the details of what we wrote, but we basically said this book would bring true happiness and would give his life more meaning," Parkinson says. "We thought it would be cool if he read it and was able to spread the gospel further."

At the meet and greet, Raymond and Parkinson were only able to speak with Bieber for a minute, but they handed their gift to his bodyguard, who promised he would give the book to the pop icon.

8 years ago today me and @AshBashRay met @justinbieber and gave him a book of Mormon hahahaha THANK YOU FOR STEALING THE LOML FRICKIN HAILEY BALDWIN pic.twitter.com/vjUqkH2dZz

"[Justin Bieber] came out with the song 'Pray' a few months later," Parkinson says. "We love to joke and say it was because he read the Book of Mormon."

This experience only helped Parkinson gain courage and prepare for future missionary experiences. Recently, Parkinson served on a month-long humanitarian trip to Fiji where she and her friend were the only Mormons. Questions and light-hearted teasing became a constant during their trip, as many of their fellow volunteers had never heard of Mormons. Once, Parkinson was even confronted by an Atheist volunteer who wanted to spark a debate. "We didn't know how to respond since we had never been in the situation of sticking up for our beliefs. We just bore our testimonies and remained calm," Parkinson says.

After leaving Fiji, Parkinson received pictures of her fellow volunteers with the LDS missionaries, along with notes like "We miss our own Mormons." Two German volunteers even received a copy of the Book of Mormon after they sparked a conversation with sister missionaries in Hawaii. These volunteers then came and stayed with Parkinson and her family, and one mentioned, “I haven't met very many Mormons, but they are some of the nicest people I've met.” While Parkinson doesn't know where these interactions might lead, she knows that only good has come from sharing her faith in any circumstance—whether it is at a meet and greet with a pop star or with friends halfway around the world. "I know we were placed in their lives to introduce the gospel," Parkinson says of the friends she made abroad. "If not now, I hope one day they will open their hearts and realize the truth of the gospel."