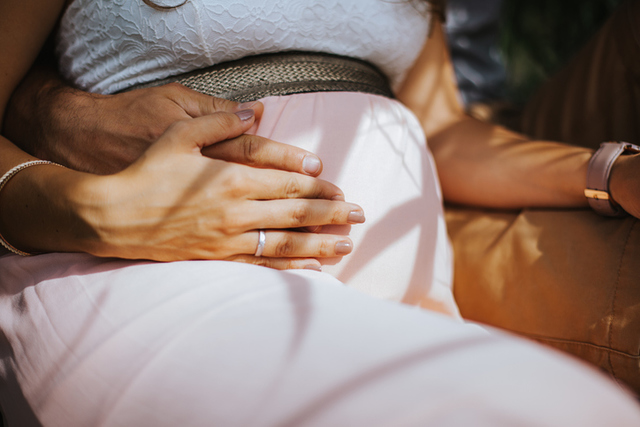 “What the restored gospel brings to the discussion on marriage and family is so large and so relevant that it cannot be overstated: we make the subject eternal! We take the commitment and the sanctity of marriage to a greater level because of our belief and understanding that families go back to before this earth was and that they can go forward into eternity." —L. Tom Perry

The veil between us and the spirit world can often grow thin, allowing us to feel the love and influence of eternal family. Recently, Anne Hinton Pratt wrote a moving article for Meridian Magazine detailing the sacred experiences many Latter-day Saints have experienced feeling the presence of angels and family yet to be born. Among them was an account from Matt Hill, who felt the presence of his eternal family while in the temple being sealed to his wife.

"He clearly felt the presence of his future children and the strong eternal bond that they shared with him," Pratt writes. "Later as he was kneeling across the altar from his sweetheart, the sealer suddenly startled everyone by announcing: 'Angels are here. I can feel your unborn children here witnessing your sealing.'"

While this perceptive and profound pronouncement gave Hill chills, testifying to him the power of his future children being born into the covenant and the nature of eternal families, the moment gained deeper significance years later.

Years later, while driving with his 3-year-old son, Korver, Hill pointed to the temple and said, "Your mom and I were married there." Korver replied, "I know Dad. I was there."

"Matt was dumbfounded and quizzed him about it. With 3-year-old words, Korver described a room with golden trim on walls and ceilings. His description exactly matched the room where the sealing took place. He even told Matt the correct color of the carpet. Matt questioned him further, 'What were you doing there?' [Korver] replied, 'We were standing there like this.' He stood at attention like a soldier. Korver made it clear to Matt [Hill] that he was there as an observer and a special witness of that momentous occasion."

Read more examples of feeling loved ones from beyond the veil by reading Anne Hinton Pratt's full article.