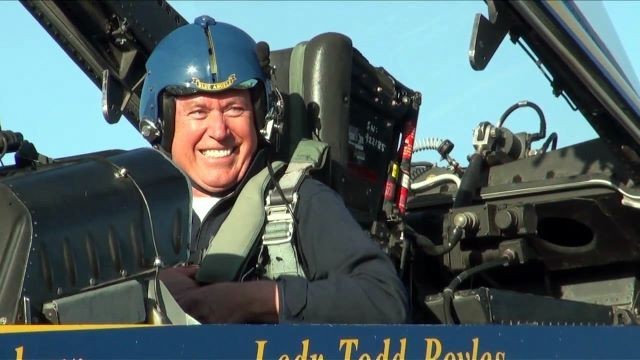 When Pres. Uchtdorf Helped Recover a Plane Hijacked by Terrorists

What incredible stories from the life of President Dieter F. Uchtdorf that show how, through all of his challenges and missions as a pilot, the Lord had been preparing him for the greatest mission of all. The following was originally written by Elder Jeffrey R. Holland and posted on lds.org, but this story written in President Uchtdorf's own words can also be found in his new book, The Gospel at 30,000 Feet, available in Deseret Book stores and on deseretbook.com.

On December 17, 1973, the president of Lufthansa German Airlines in Frankfurt, Germany, received alarming news. Five terrorists had hijacked a Lufthansa 737 jet in Rome, Italy, and were making their way to Athens, Greece, with hostages on board. As they did so, 32 people lay dead in Rome, and one of the hostages now in flight was soon to be mortally shot and summarily dumped onto the airport runway in Athens. With guns to the heads of the pilot and copilot and with hostages trembling in terror, the unstable hijackers directed a bizarre path from Rome to Beirut to Athens to Damascus to Kuwait.

In an instant, the president of Lufthansa ordered into the air his chief pilot for the 737 fleet. Thirty-three-year-old Dieter F. Uchtdorf was to take a small group of emergency personnel and follow the hijacked plane wherever the guerrillas took it. In every setting possible he was to negotiate for the release of the plane, the pilots, and the hostages. Then, when all of this had been accomplished, he was to fly the hijacked 737 back to headquarters in Frankfurt.

With fortunately no more bloodshed, this mission, like so many others he had been on personally and professionally, was successfully accomplished. Unknown to him at the time, it was a portent of more important missions yet to come.

Dieter Friedrich Uchtdorf, newly called to the Quorum of the Twelve Apostles in October 2004, has been prepared to face challenges and bear responsibilities all his life. Born in Mährisch-Ostrau, Czechoslovakia, on November 6, 1940, he was destined to see at every turn the devastation of war and the suffering innocent people endure because of the fateful decisions of others. His father, Karl Albert Uchtdorf, was conscripted into the German Army and was taken immediately from his wife and four small children. Little Dieter, the youngest in the family, knew only that his father was somewhere he didn’t want to be and that his mother, Hildegard E. Opelt Uchtdorf, was bravely fending for her little family as the war in Europe swirled around them. 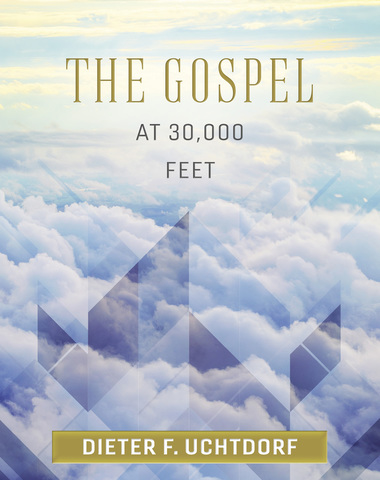 President Dieter F. Uchtdorf has earned a reputation among members of the Church for using his decades of experience as a pilot to draw gospel metaphors. He has even joked about the frequency of the phenomenon from the pulpit, once noting that a congregation may be asking, "What does this have to do with an airplane?" President Uchtdorf's ability to draw on real-life experience and share easily interpreted analogies has endeared him to Church members the world over. Read more gospel insights and inspirational thoughts connected to aviation in his new book compilation, The Gospel at 30,000 Feet, available at Deseret Book stores and on deseretbook.com.