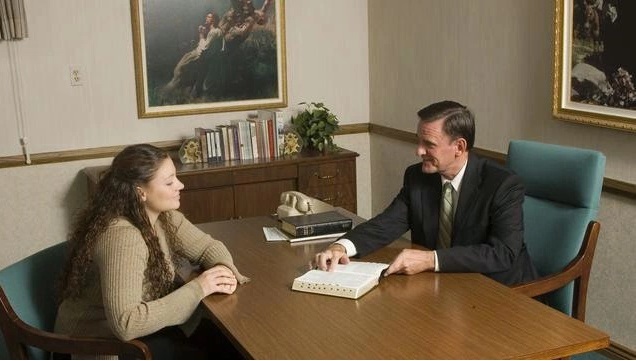 When You Don't Want to Accept a Calling or Don't Feel Comfortable at Church: Questions to Ask

I remember the first time I felt like I was in over my head. I had just graduated high school and the bishop of our congregation, or “ward,” had invited me in to his office during Church. As we chatted about my plans for college and other things, he asked if I would accept a “calling,” or in other words, a church assignment. I was expecting him to ask if I would be the ward chorister or something. But instead, he asked me if I would accept the assignment to be the teacher of a group of teenage girls, or “Young Women,” in our congregation.

I was surprised, to say the least. Though I had already graduated, I was still seventeen, which meant that there could technically be a Young Woman in the group of girls who was older than I—the teacher—was. I felt very young and unprepared. I had never taught before. And to make things potentially even more strange, because I had just left the Young Women program, that meant that I was now expected to “teach” the peers and friends I had been in the program with for years! I felt very uncomfortable giving any kind of counsel in such a formal setting to girls that I loved to chat and hang out with. Would they think I was coming off as “holier than thou?” Would it change my friendships?

When my bishop extended my unexpected calling, I realized that I was at a crossroads.

Not only that, but all my really good friends had been in Relief Society for months now, and I had been looking forward to joining them for what seemed like forever. Soon we would head our separate ways to college, and I wanted to spend as much time with them as possible. I’m sure there were more excuses running through my head, but I had to decide what I really wanted, or at least discern what the Lord really wanted from me.

I stood at a crossroads.

I could have said “Thanks, but no thanks” to that calling. I could have told my bishop all the excuses that flashed into my head at that moment.