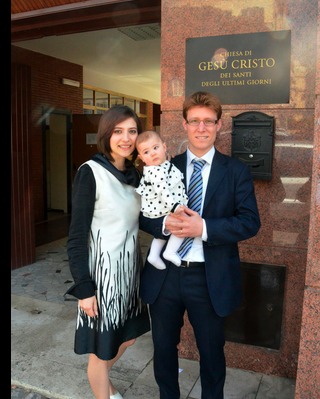 When in Rome … you’ll soon see a Mormon temple

Daniele Salerno was in the bathroom and missed LDS Church President Thomas S. Monson’s 2008 announcement that a temple would be built in his city: Rome.

What Salerno did hear was a communal "whoa," followed by cheering and shouting coming from the chapel, hardly the typical response from Mormons viewing LDS General Conference on a big screen.

When he emerged into the hallway, Salerno saw fellow Latter-day Saints hugging, crying, clapping and celebrating — as if their soccer team had just won the World Cup.

That moment became pivotal in the young father’s life.