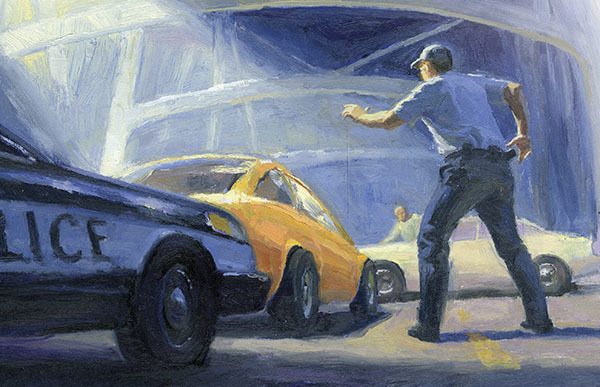 When the Spirit Kept Me from Shooting an Innocent Person

Check out this incredible story from the April issue of the Ensign about an LDS police officer who will forever be grateful for the simple, two-word prompting he received that ended up saving innocent lives.

Bob and I sat in our police car, waiting for a sign of movement down the street. We had begun our stakeout two hours earlier after spotting the car mentioned in a police radio alert.

“Stickup in progress,” the alert had said. “Two males, both armed. They were just seen in an orange car. Witnesses say the men are brutal and willing to shoot.”

A rash of recent armed robberies had occurred in the area, yet despite our best efforts, the robbers had repeatedly escaped. These thoughts fled my mind as soon as I saw two figures come out of a home on the darkened street and hop into the orange car. They were now heading our way.