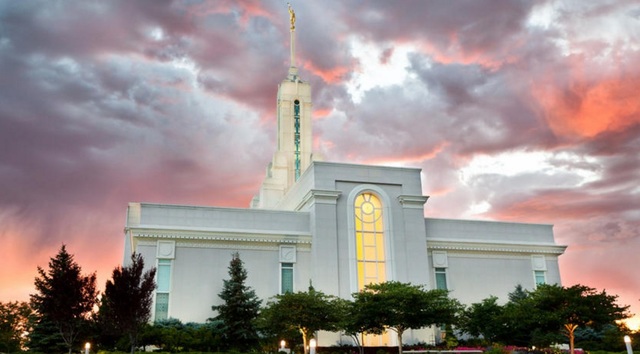 While Touring an LDS Temple, Disabled Man Speaks His Very First Word That Teaches Us What Matters Most

The Deseret News recently posted an article about the 20th anniversary of the Mount Timpanogos Temple, dedicated by President Hinckley on October 13, 1996. In the article, Trent Toone shares a touching story that might change how you see the temple and your Savior.

The day before the [Mount Timpanogos Utah Temple] open house tours began, the First Presidency extended a special invitation to residents and family members of the nearby Utah State Developmental Center, a facility that provides care for people with disabilities, Studdert said.

Among the residents was a man in his 60s who had been at the center almost his entire life. In that time, this person had never spoken a word that anyone understood and didn't recognize family members. Because of these difficult circumstances, the man's brother and family hadn't visited in more than a decade, Studdert said.

Initially, the brother and his wife had doubts about taking their disabled family member through the temple open house. But they prayed and felt impressed to come. Upon their arrival, the man recognized his brother and they embraced, Studdert said.

The man was a little unsettled and agitated as they pushed him in his wheelchair towards the temple, and they worried that the change of environment might be too much for him to handle, but they pressed on. As they entered the temple by the recommend desk, "complete peace" came over the man. He looked over at a painting of the Savior holding a lamb in his arms and shocked everyone by saying his first clearly understandable word — "Jesus."

"No one had ever heard him speak a word they could understand in his whole life. He folded his arms like the Savior in the painting and they continued through the temple. He remained silent and calm all the way back to the center," Studdert said. "The spirit of the temple touched him in a way that was hard for others to explain. To me, that was one of the sweetest, most tender moments of the whole experience."