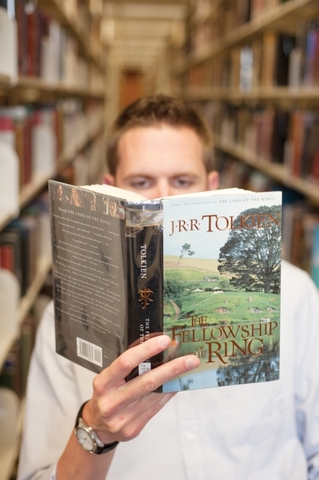 A BYU professor has published a new book discussing whether “The Lord of the Rings” is influenced by Christianity or is simply fantasy, and the debate has spilled onto campus.

Paul Kerry, a history professor, edited and co-authored a new book, “The Ring and the Cross,” as a realm for debate between scholars. Between his work and the work of many other professors, they have listed a variety of arguments for both sides.

“I wanted readers to be able to weigh the arguments in the book and draw their own conclusions, based on the strength of the evidence presented and their own experience reading Tolkien’s masterpiece,” Kerry said in a news release.

Students have mixed feelings about whether the trilogy should be read through a Christian lens.