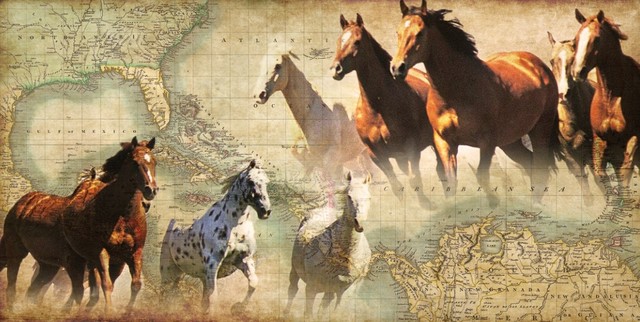 Why Are Horses Mentioned in the Book of Mormon

“And it came to pass that the people of Nephi did till the land, and raise all manner of grain, and of fruit, and flocks of herds … and also many horses.”
Enos 1:21

As Enos describes Nephite life in his day (fifth century BC), he says that they raised “many horses” (Enos 1:21). The mention of horses among domesticated animals kept by Book of Mormon peoples has raised questions in some people’s minds, due to the prevailing view that horses were not found in the Americas during pre-Columbian times. Horses are mentioned only on a few occasions in the Book of Mormon (the last mention is around the time of Christ):

In this small handful of references, no text ever says that horses were ridden or used in battle. They are sometimes mentioned with chariots, but are never actually described as pulling them. It is hard to determine exactly what kind of role they played in the daily life of Book of Mormon peoples except to say that they were “useful.”

In 3 Nephi 4:4, horses are mentioned as being among the provisions “reserved for themselves … that they might subsist for the space of seven years.” The word "subsist" may imply that horses in that desperate time were used for food. Fortunately, the Nephites were successful in their defensive strategy and were eventually able to return to their own lands, "every man, with his family, his flocks and herds, his horses and his cattle, and all things whatsoever did belong unto them" (3 Nephi 6:1). These limited details seem to allow Brant Gardner’s observation, “The Book of Mormon ‘horse’ never fulfills the functions we expect of a horse [2]."

Readers can interpret the presence of horses in the Book of Mormon in a variety of different ways.

1. Horses In The Archaeological Record 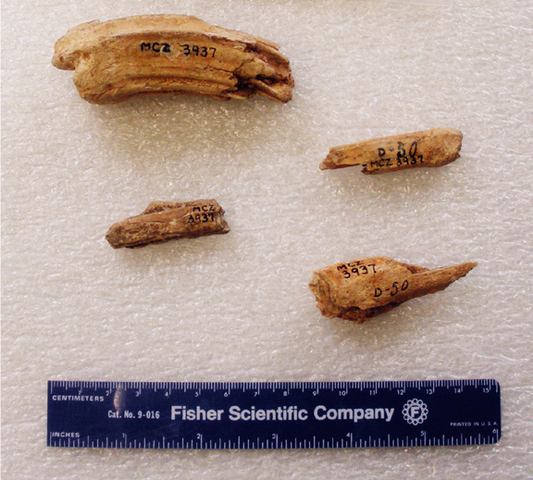 Perhaps the most straightforward approach is to assume that horses, which subsequently became extinct, were available in the area in which the Nephites and Lamanites lived. It is not unusual for primary source documents to mention things which archaeologists cannot prove. In fact, it is expected that authentic documents will give us new information about the past [3].

Some evidence may indicate the presence of horses in America in pre-Columbian times. Dr. Wade Miller, an internationally respected geologist and paleontologist, ran Carbon-14 tests on several horse specimens found at archaeological sites throughout the Americas. Preliminary results have returned various dates from about 6000 BC to AD 1400 [4]. Daniel Johnson has collected and summarized the evidence for horses in ancient America. His data analyzes the anomalous dating of horse bones, art works, and the variety and distribution of horses in early post-Columbian times [5].

2. Nephi Could Have Borrowed The Word "Horse" 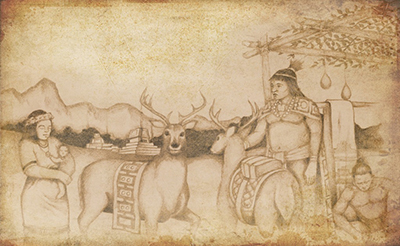 Another approach to this question suggests that the word “horse” in the Book of Mormon is being used to refer to a different animal. Throughout history, when immigrants and travelers have encountered new, unfamiliar species, they have often applied labels from their own language which originally referred to different animals [6]. In many cases, the borrowed term has become the common name.

For example, the Greeks coined the name hippopotamus, which literally means “river horse [7]." The American bison is still colloquially called buffalo—which technically refers to a different species—a practice that started with the French trappers who first explored the American West. The terms elk and robin were also applied to American animals by Europeans, even though they are used in reference to totally different species in the Old World.

Relevant to the issue of horses in the Book of Mormon is the linguistic confusion that the horse caused when the Spanish first arrived. Different Maya and Aztec groups applied their labels for deer or tapir to the Spaniards’ horses, lacking a better word [8]. Perhaps Book of Mormon peoples made the same connection in reverse, applying their Old World term for “horse” to some other species.

3. "Horse" Could Be A Result Of Translation 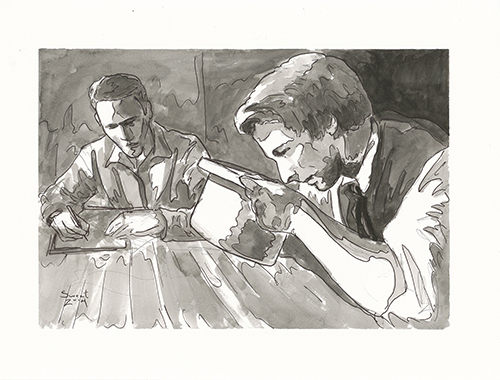 It is also possible that “horse” is a “translator anachronism.” Brant Gardner explains, “We need look no further than the King James translation of the Bible for examples of anachronisms that occur only in translation and not in the text being translated.” One prominent example is the mention of candles, which were not invented in biblical times, though the term is used in reference to oil lamps. “Thus, the word candle is an anachronism, but only in the translation [9]."

Without the original text, it is impossible to be sure whether “horse” is a loan-shift the Nephites made or an anachronism caused by translation, but in either case the word “horse” would not refer to what today’s readers might assume or expect. One should be aware of these possibilities while reading references to horses and other plants and animals not commonly thought to be in the Americas during Book of Mormon times.

Why horses are mentioned in the Book of Mormon is unstated. How they were used, when, and by whom, is left unsaid. Indeed, needing to say that they were useful on some occasions seems to imply something remarkable or unusual, otherwise the point would not need to be mentioned. In fact, in many cultures and on various topographies, horses are not useful, being hard to tame and costly to maintain.

While there is no definitive answer to why horses are mentioned in the Book of Mormon, each of these prospects creates room for further exploration, wondering, understanding, and especially faith. Each possible explanation also teaches important lessons about archaeology, ancient writings, and translations that need to be taken into account when considering information, insights, questions, and curiosities about the Book of Mormon.

1. Be Patient With The Archaeological Record 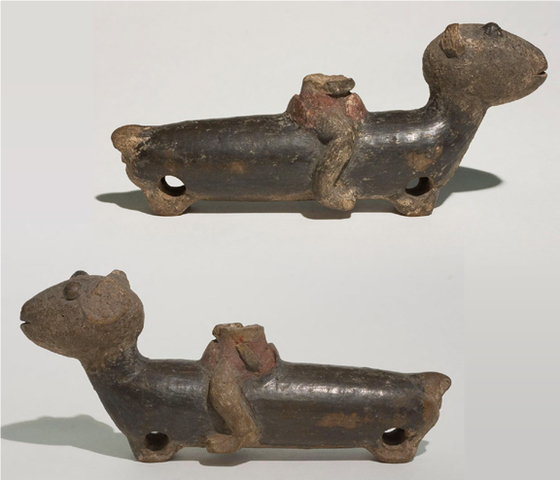 First, it is best to be patient with the archaeological record. There is still much work to be done, and lots to be learned about life in pre-Columbian America. The vast majority of Mesoamerican ruins remain untouched underneath thick jungle growth [10]. and other areas in the Americas have received even less attention. Also, the preservation of animal bones is very poor in the humid jungles of Mesoamerica [11]. Since the Book of Mormon text mentions horses rarely, the likelihood of finding bones or other remains of their horses becomes even more remote.

Still, several items mentioned in the Book of Mormon once considered anachronistic have since been verified [12]. This is why John E. Clark, a Latter-day Saint and prominent Mesoamerican archaeologist, declared: “the Book of Mormon looks better with age [13]." Such findings should urge caution against making final judgments based on absence of evidence. 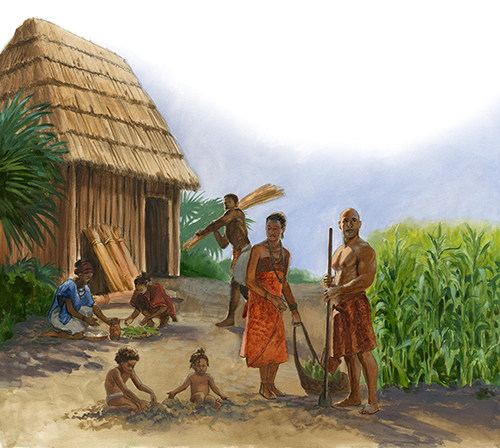 Second, Book of Mormon peoples should be expected to act and behave just as real people have throughout history. It is likely that, on arrival, Nephi had the same problem as many others have historically when encountering new species in the Promised Land. Hence, anthropologist and Book of Mormon scholar John L. Sorenson explained, “the Lehites would have followed [common naming practices] … in adapting their Hebrew nomenclature to apply to the new fauna they encountered [14]."

Finally, even a divine translation should be treated as a real translation, with all the complications that are attendant to rendering a text into a new language. Having carefully studied the translation of the Book of Mormon, Brant A. Gardner offers this important caution: “the very fact that we have the Book of Mormon in translation requires that we look at anachronisms in the text carefully. … In the vast majority of the cases, it is reasonable that we are seeing a translation anachronism rather than a historical anachronism [15]." Ultimately, any translation, but especially a divine translation, may purposefully and beneficially invite its readers to wonder about many things, thus encouraging them to further study while allowing them to exercise faith when confronting questions.