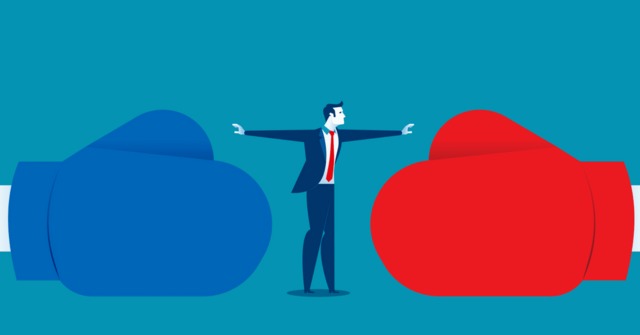 Conflict and disagreeing opinions in themselves are not a bad thing. In fact, studies show these can have a positive impact, which means we may need to change the way we see disagreements as we try to create church environments where people can feel comfortable sharing their experiences and ideas.

Recently, a story was shared with me about an event that transpired in my ward’s relief society during a third-hour lesson that involved some conflict and tension. In that lesson, a sister expressed a non-orthodox opinion. In response to that non-orthodox opinion, a protectively orthodox opinion was stated. What is interesting about this event is that after the lesson, ward leaders sought out feedback from those in attendance, and here is what they took away from the feedback:

This story made me wonder the following questions:

Let me discuss each of these questions.

Should church be a place where conflicting opinions are shared and expressed?

One of the most famous studies on conflict set up a situation where business managers were put into groups (think groups of 4-5). For half of these groups, a confederate to the study was inserted and designed to play the role of devil’s advocate (the participants in the study were unaware of that confederates had been placed in their groups). Then, these groups were given a complex problem, and the quality and quantity of solutions were measured. What the researchers found was that the groups with the devil’s advocate generated higher quantity and higher quality ideas compared to the groups without a devil’s advocate.

Read the rest of this story at leadinglds.com