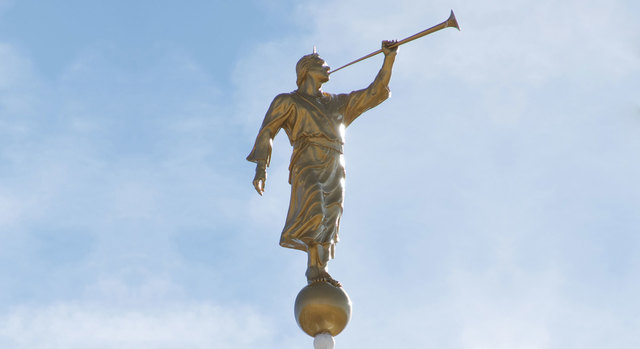 Why Did Moroni Deliver the Gold Plates on September 22?

What an interesting history to learn on the day the Golden Plates were delivered to Joseph Smith.

"At length the time arrived for obtaining the plates …. On the twenty-second day of September, one thousand eight hundred and twenty-seven, having gone as usual at the end of another year to the place where they were deposited, the same heavenly messenger delivered them up to me.”

Testimony of the Prophet Joseph Smith, front of 2013 edition of the Book of Mormon; Joseph Smith—History 1:59

The emergence of the Book of Mormon from its hiding place began on September 21, 1823. That night, the angel Moroni appeared to a young Joseph Smith, told him that “God had a work for [him] to do” (Joseph Smith—History 1:33). That work would involve translating “a book deposited, written upon gold plates, giving an account of the former inhabitants of this continent”—what we know today as the Book of Mormon (v. 34).

The next day, on September 22, Joseph went to the hill and “made an attempt to take [the plates] out” but was forbidden by Moroni, who reminded him that “the time for bringing them forth had not yet arrived.” Joseph would have to wait “until four years from that time” but was to “come to that place precisely in one year from that time” and to return each year “until the time should come for obtaining the plates” (Joseph Smith—History 1:53).

Moroni’s annual visits occurred generally around the time of the Israelite harvest festival season. The initial visit on September 21 in 1823 coincided with that year’s celebration of the Feast of Tabernacles. In 1824, September 22 was the eve of the Jewish New Year (Rosh Hashanah) and the beginning of the fall festivals.