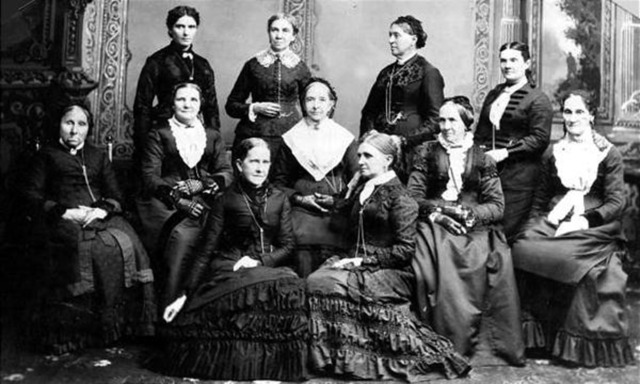 Did you know early Mormon women often worked outside of the home, even at the request of Church leaders? In fact, the first female mayor and all-woman city council were LDS women elected in Kanab, Utah.

When Holbrook looks back on the history of LDS women who worked and served outside the home, she points to examples such as Emma Anderson Liljenquist, who in 1887, while in her mid-20s, was called by LDS Church leaders to study nursing and obstetrics.

Liljenquist writes that she left her husband and three children in Hyrum, Cache County, for six months while she attended classes in Salt Lake City. When she came home and began to travel to deliver babies, her husband and oldest daughter watched the younger children in her absence.

“In nineteenth-century Mormon culture, ‘mothering’ was not considered woman’s primary task, elevated above her other responsibilities," writes Linda P. Wilcox, in the book, "Sisters in Spirit: Mormon Women in Historical and Cultural Perspective." "Rather it was one of many responsibilities, all of them necessary and important. With so much other work to do, devoting most of one’s time, energy or thought to mother work was an unrealistic luxury.”

During the progressive era of 1890 to 1920, Utah's LDS women were very comfortable with the American culture of trying to "make the world and country better," and were on the forefront of social change as part of the Relief Society, the Red Cross, the suffrage movement and the National Council of Women, Holbrook said.

When WWI and WWII broke out, women across the entire country entered the workforce.