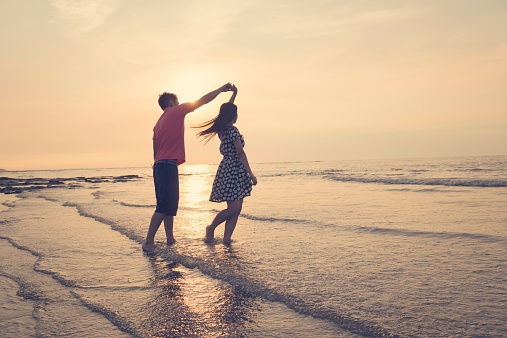 It is a sacrament.

Elder Holland ends with what is perhaps his most intriguing and profound point—that physical intimacy acts as a sacrament, bringing men and women in communion with deity. He says:

After soul and symbol, the word is sacrament, a term closely related to the other two. Sexual intimacy is not only a symbolic union between a man and a woman--the uniting of their very souls--but it is also symbolic of a union between mortals and deity, between otherwise ordinary and fallible humans uniting for a rare and special moment with God himself and all the powers by which he gives life in this wide universe of ours.

In this latter sense, human intimacy is a sacrament, a very special kind of symbol. For our purpose here today, a sacrament could be any one of a number of gestures or acts or ordinances that unite us with God and his limitless powers. We are imperfect and mortal; he is perfect and immortal. But from time to time--indeed, as often as is possible and appropriate--we find ways and go to places and create circumstances where we can unite symbolically with him, and in so doing gain access to his power. Those special moments of union with God are sacramental moments--such as kneeling at a marriage altar, or blessing a newborn baby, or partaking of the emblems of the Lord's supper. This latter ordinance is the one we in the Church have come to associate most traditionally with the word sacrament, though it is technically only one of many such moments when we formally take the hand of God and feel his divine power.

These are moments when we quite literally unite our will with God's will, our spirit with his spirit, where communion through the veil becomes very real. At such moments we not only acknowledge his divinity, but we quite literally take something of that divinity to ourselves. Such are the holy sacraments.

. . . [S]exual union is also, in its own profound way, a very real sacrament of the highest order, a union not only of a man and a woman but very much the union of that man and woman with God. Indeed, if our definition of sacrament is that act of claiming and sharing and exercising God's own inestimable power, then I know of virtually no other divine privilege so routinely given to us all--women or men, ordained or unordained, Latter-day Saint or non-Latter-day Saint--than the miraculous and majestic power of transmitting life, the unspeakable, unfathomable, unbroken power of procreation. . . .

And I submit to you that you will never be more like God at any other time in this life than when you are expressing that particular power. Of all the titles he has chosen for himself, Father is the one he declares, and Creation is his watchword--especially human creation, creation in his image. His glory isn't a mountain, as stunning as mountains are. It isn't in sea or sky or snow or sunrise, as beautiful as they all are. It isn't in art or technology, be that a concerto or computer. No, his glory--and his grief--is in his children. You and I, we are his prized possessions, and we are the earthly evidence, however inadequate, of what he truly is. Human life--that is the greatest of God's powers, the most mysterious and magnificent chemistry of it all--and you and I have been given it, but under the most serious and sacred of restrictions. You and I who can make neither mountain nor moonlight, not one raindrop nor a single rose--yet we have this greater gift in an absolutely unlimited way. And the only control placed on us is self-control--self-control born of respect for the divine sacramental power it is. 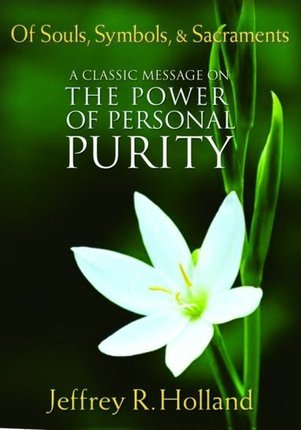 To own a copy of this powerful talk for yourself, check out Of Souls, Symbols, and Sacraments at deseretbook.com. Or, for additional reading on sexual intimacy in marriage that is in-depth, frank, open, and uplifting, check out And They Were Not Ashamed and The Act of Marriage.