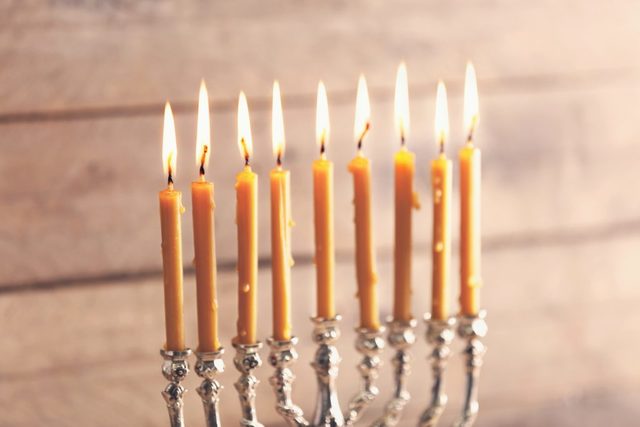 The story of Hanukkah is also a story of our heritage that tells about the protection and dedication of something Mormons hold dear, a temple.

Because we celebrate both festivals in our family, we’ll not only have our two Christmas trees glowing brightly, but also five or six Hanukkah lamps alight. And along with our calling birds, French hens, and turtle doves, we’ll be enjoying the dreidel game, fried potato latkes, and sufganiyot – the famous and delicious Hanukkah donuts!

By now, the story of Hanukkah is familiar to more and more people. In the second century BC the Syrians had conquered Judea and occupied Jerusalem. King Antiochus IV despised the Jews and their religion, and sought to eradicate Judaism with severe decrees which outlawed Jewish practice on penalty of death. The Syrians defiled the Jewish temple, setting up pagan statues of Greek gods in it, and sacrificing pigs on its altar. In 167 BC a Jewish resistance movement, led by the Hasmonean family of Aaronic priests, went to battle against the Syrians, and in winter of 164 BC they liberated Jerusalem. The temple was rededicated to the God of Israel in an eight day ceremony.