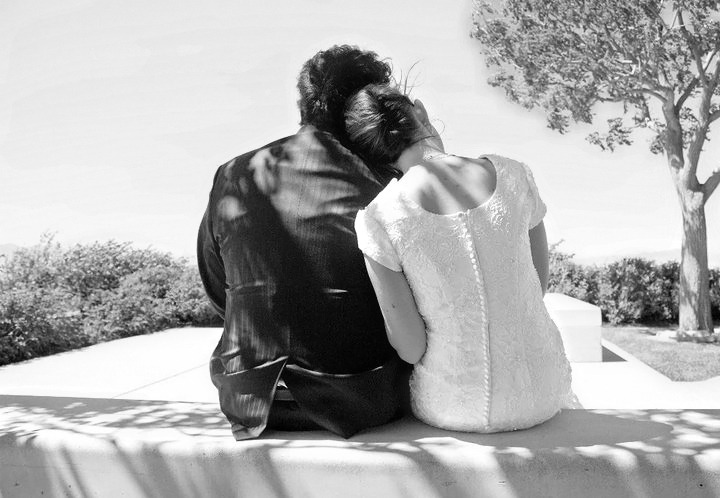 Why I Didn’t Marry an RM After All 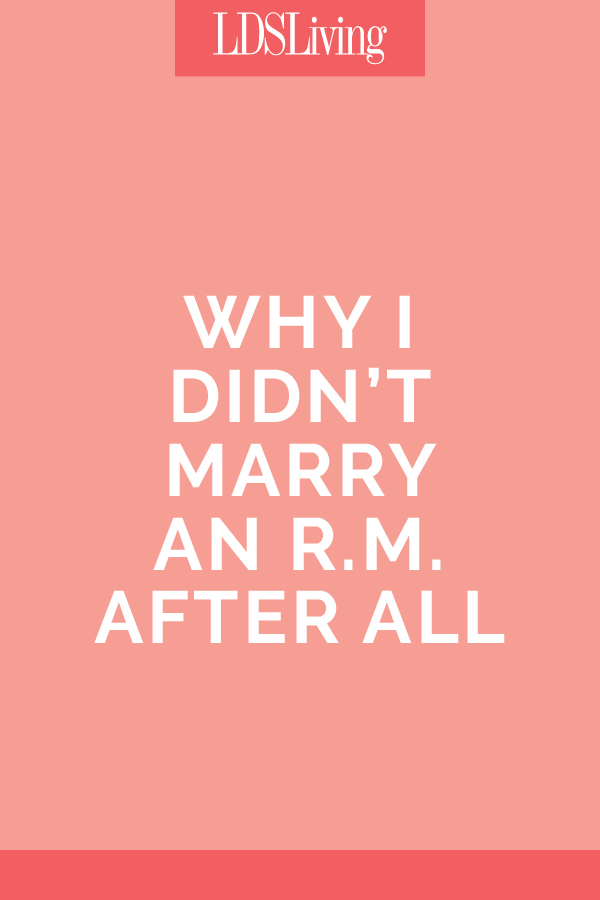 Back when I was in the Young Women program, I remember being told that RM needed to be at the top of my dating criteria list. Supposedly, dating and marrying an RM meant that my husband-to-be would honor his priesthood, love the Lord, and be everything a good Latter-day Saint girl wanted—short of being Prince Charming himself.

But I didn’t marry an RM.

It wasn't for lack of choice—I attended BYU for four years. There were RMs aplenty, and I dated my fair share. Missionary service was one of the things I asked my dates about, mostly because it made for easy conversation.

But that got me into trouble, more than once, when I asked sweet, active members about their missions—and they hadn’t served or had returned home early. It was always awkward, and I felt terrible for intruding into something they clearly found painful. What was a girl to do?

Enter Mark. He was a quiet boy, but sweet, and as I later learned, he had a crush on me from our first meeting. He also had a secret: he hadn’t served a mission. As we got to know each other throughout the semester, he felt ashamed of his past and was afraid to tell me that he hadn’t served. More than once, he had experienced rejection at the hands of other women who’d also been told, “RM or bust.”

See, while Mark was born in the Church, he had become inactive during his late teens and early twenties. His mother got cancer while he was at college, and he paused his education to spend more time at home with her.

When I met him a few years later at BYU, he was already back on the strait and narrow, making valiant strides to clean up his life, and was about to receive the Melchizedek priesthood. He was attending church and had a calling as a ward missionary, which he did his best to magnify. By all accounts, he was a good, strong, Latter-day Saint. Any woman would be lucky to marry him, and I was thrilled he’d fallen for me.

Oh, but he hadn’t served a two-year mission.

Was his reason for not serving good? Not particularly. He was just inactive during those formative years. But did that one fact, a past mistake that was too late to fix, suddenly make my Mr. Right become Mr. Wrong?

When it finally did come up, I was already deeply in love with Mark. Not only was he smart and charming, he was faithful. Any doubts I might have had upon learning about his past were overshadowed by what I knew of his character in the present. (It didn’t hurt that my mother said, on meeting him, that I would be hard-pressed to find someone else who would love me the way she could see Mark did.)

But for some people, even deep into a relationship, learning of Mark’s non-RM status might have been a deal breaker. Especially if they were raised to believe that the title “RM” is a guarantee for righteousness. Let’s be clear: it’s not. Serving a mission can mean that a young man willingly followed righteous counsel from latter-day prophets telling every worthy young man to serve. It can mean he grew spiritually on his mission. It can mean he honors his priesthood, loves the Lord, and is closer to becoming the “Prince Charming” young women are too-frequently promised. (Imagine the pressure this puts on those poor RMs to be perfect!)

However, those who didn’t serve missions can be just as loving and righteous, too. As some of our online readers pointed out, there are a number of reasons why someone might not be able to serve. Health reasons, family issues, even past sins can prevent a potential missionary from entering the field. And all these things have almost no bearing on current worthiness, spirituality, or eligibility. Our current standing with the Lord is more important than our past condition.

In fact, it takes a lot of strength and courage for men like Mark to return to the Church—especially knowing that others would judge him for his inactivity and how he didn't serve a mission because of it.

The beauty of the gospel is that there is a place in it for everyone, for saints and for sinners, for people who served missions and for people who didn't. Mark, and every other person who has made a mistake, can be made whole despite past sins through the Atonement. Through prayer, study, and hard work, people can change. Sometimes it’s scary to trust that the change is permanent, and forgive past misdeeds that, if repeated, could affect a shared future.

But we’re all imperfect. We’re all learning. We all have different circumstances, trials, and struggles. We all make mistakes and we all want to be forgiven for those mistakes. The unfortunate thing for non-RMs is that their inability to serve for whatever reason is often easily visible. They get reminded over and over again, and feel the need to justify themselves whenever someone asks a simple, “Where did you serve?”

To this day, Mark still squirms in his seat when he hears that. He shouldn’t. Because there is no rubber stamp for righteousness, and that goes for RMs and non-RMs alike.