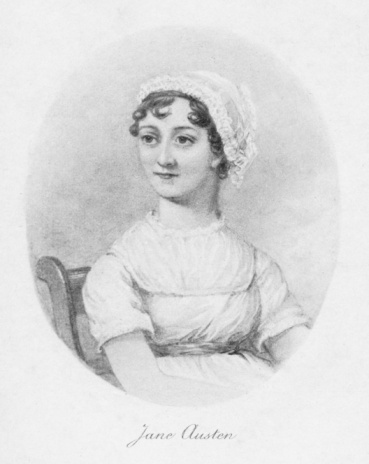 When author Howard F. Clarke published a re-formatted version of the Jane Austen biography, Jane Austen: Her Life and Letters, a Family Record, he discovered that book sales in Salt Lake City, Utah surpassed sales in all the other U.S. cities by a ratio of 8 to 1.

This unusual spike in sales caught Clarke’s interest, so he contacted Aspen Anderson, the Utah Regional Coordinator of the Jane Austen Society of North America to find the answer.

Anderson told Clarke she thought the reason for these statistics was largely based on a matter of morals. The relationship between the morals found in Jane Austen novels and the values of the LDS Church may in fact have largely influenced the sale of the biography in Salt Lake City with its 60 percent LDS population.

“Jane Austen’s society and the way that it was reflected in her writings reveal a time of manners and morals that are not present today in most of our society,” Clarke said, “except for in special groups like the Mormon ladies who adhere to nobility and moral standards handed down from parents that is different from the ideals of most of society.”

Although written in the early 1800s, the values present in Austen’s characters are similar to the values that LDS women strive for today. These similarities in characteristic values are what draw LDS women to Austen’s novels. Leslie Johns, an LDS fan of Jane Austen, believes that “Austen’s novels represent LDS culture in a way that transports the LDS woman’s experience today into a similar setting as a woman’s experience in Austen’s day.”

The LDS woman’s experience is largely seen in Austen’s writing through the concept of propriety that Austen often uses to explain the standards that men and women must adhere to. Anderson believes that LDS women exhibit their propriety through living specific standards.

“We still believe in abstinence before marriage and fidelity after marriage, which makes a lot of the plot lines more relatable to us,” Anderson said. “We have similar values in the ways that we conduct ourselves before marriage which is a lot more similar to the way that they would behave back then. We try not to lead people on and we try to be honest and true about what we’re feeling and what we think.”

LDS women, like Austen’s characters, also strive to stand up for truth and righteousness in their dealings with others. They try to develop and practice their talents, and to gain knowledge, just as Austen’s heroines consistently do.

“There is a lot to be emulated in Austen’s characters; there’s a lot of good qualities and lessons that we can learn from them,” Anderson said.

Jane Austen’s emphasis on making marriage and family a priority in life is also another aspect of her writing that would draw an LDS audience. For instance, the famous (and comical) opening line of Pride and Prejudice essentially explains the LDS belief in marriage: “It is a truth universally acknowledged that, a single man in possession of good fortune must be in want of a wife.”

From an LDS perspective, any worthy man who is valiant in his testimony of the gospel is indeed “in possession of good fortune,” and should prepare to be married and to establish a family. This emphasis on the family brings us back to Clarke’s reformatting of Jane Austen: Her Life and Letters, a Family Record. Why would so many LDS women be attracted to a book on Jane Austen’s family records and not on purchasing a Jane Austen novel itself?

The answer must be found in the LDS Church’s emphasis on recording and preserving familial and personal histories. Within her novels, Jane Austen displays several familial and sisterly relationships that play pivotal roles in her characters’ lives. “I think that the LDS ladies would like to know what type of person she was and her actual life and manners and morals reflected in her stories,” Anderson said.

From the LDS perspective, Anderson believes that “the fact that we do have such an emphasis of family history we are about the family as a whole and how we interact with that family is very important to us, so understanding how she would have interacted with her family would help us to get a better understanding of her writing.”

Clarke’s sales of the book have begun to be more scattered across the U.S., but he is greatly impressed with the values and morals of LDS women that lead them to have an interest in the value system of Jane Austen. Clarke thinks that understanding Jane Austen’s writings “is important to womanhood in this country and our conduct of morals and ethics . . . not only for LDS women, but for women as a whole.”