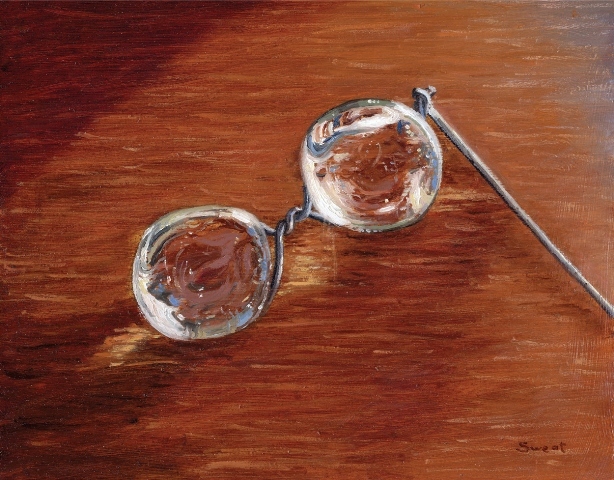 In Doctrine and Covenants section 124:125, it says “I give unto you my servant Joseph to be a presiding elder over all my church, to be a translator, a revelator, a seer, and prophet.”

We know what most of those things are, but what exactly does it mean to be a “seer”?

A 2015 Ensign article explains the following about seers:

“'Seeing’ and ‘seers’ were part of the American and family culture in which Joseph Smith grew up. Steeped in the language of the Bible and a mixture of Anglo-European cultures brought over by immigrants to North America, some people in the early 19th century believed it was possible for gifted individuals to ‘see,’ or receive spiritual manifestations, through material objects such as seer stones.”

In the Guide to the Scriptures, it also states that “In the Book of Mormon, Ammon taught that only a seer could use special interpreters, or a Urim and Thummim.”

► You'll also like: Joseph Smith Had a Second Seer Stone. Here’s What We Know About It

But how long did Joseph Smith use these stones? In Joseph Smith’s Seer Stones, the authors explain.

“Some Mormon historians have argued that Joseph Smith used his seer stones as a crutch before he was able to receive revelation directly from God by inspiration without a device to help him. By implication, even though God apparently sanctioned seer stones, they were described as cultural tools, essentially prophetic ‘training wheels.’ This didactic model addresses Joseph Smith's money-digging experiences by admitting that he used seer stones in a cultural way to find buried treasure, then used the same cultural process to learn how to receive revelation from God.”

However, the authors explain, even though he decreased his use of them, there is a lot of evidence to suggest that he valued and used them throughout his life.

“In addition to translating at least a portion of every scriptural text of the Restoration with a seer stone, it is significant that at least some of Joseph’s contemporaries believed that revelation through a seer stone was the surest way of receiving revelation from God. As early as 1830 and 1831, members of the Church tried to separate Joseph Smith’s prophetic voice from his own personal voice, especially when challenging new revelations or commandments.”

They go on to say that

“Joseph Smith embraced the idea of seer stones within his prophetic calling, eventually infusing them with deeper religious meaning that affected Mormon theology more broadly. Even if not every prophet or member would use a seer stone on earth, everyone in the celestial kingdom would. Joseph Smith’s seer stone theology implicitly rejects any scenario that makes Joseph Smith’s seer stones mundane objects, especially considering the prophetic provenance and prophecies of his seer stones. Though some historians point toward folk religion and magic cultures to understand them and others see the seer stones as cultural artifacts that God used to His advantage, Joseph Smith and his Restoration scripture provided an ancient provenance to the seer stones with major theological implications about how we understand the nature of God and how sacred scripture is delivered to prophets.”

The use of seer stones or “seeing” devices dates back to scriptural times, such as with the Urim and Thummim. One theory even suggests that the Liahona was a type of seer stone:

“The Liahona had two spindles, one that would point toward food in the desert and another that would point toward the way out of the wilderness. Additionally, like the Nephite interpreters, the Liahona provided the prophet with revelation from the Lord through words that would appear and disappear upon the device . . . . Similarly to the Liahona, Joseph Knight and David Whitmer claimed that words would appear on Joseph’s seer stone and then disappear after he had dictated the words to a scribe. Furthermore, just as the Liahona functioned by faith and righteousness, so did the seer stones Joseph used to translate the Book of Mormon.”

When we view the stones Joseph used as a part of the revelation process that has been used since Book of Mormon and Bible times, rather than as a stepping stone towards the real revelation process, the authors explain, we start to understand that “the stones not only represented authority and prophetic seership, they also provided a completely new epistemology [or theory of knowledge] that guided Joseph’s prophetic duties. This path would lead to a point in Joseph’s thought where seer stones were not simply a tool to receive the word of God but they also represented an element of knowing all things, which defined the nature of God. The seer stones themselves took on divine cosmological meaning as the epistemology of the Gods in the next life.” 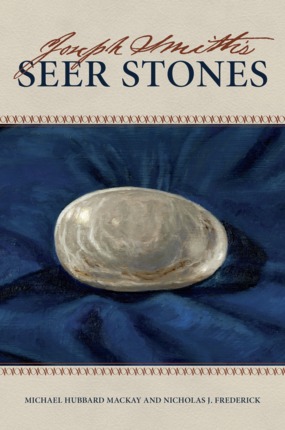 When the Church released photos of the brown seer stone that was owned and used by Joseph Smith, the news ignited a firestorm of curiosity and controversy. People wanted more information and wondered why they hadn't been aware of the stone's existence.