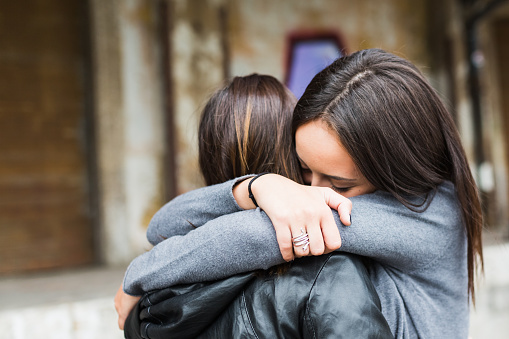 I used to kind of scoff at people who went all out for their missionary's arrival at the airport.

Sure it's been 18–24 months, but really? Hiring a professional photographer, a drone videographer, and professionally done, witty "welcome home" banners seems a tad stressful.

Cue my sister's arrival in a few weeks. Now I'm eating my words as I sneak peeks on Pinterest under "missionary homecoming ideas" and eagerly scheme with my mother what her "welcome home" banner will look like, where the yellow balloons will go, and what kind of clever missionary theme we want to include throughout the party.

Yeah, I'm a total hypocrite, but I get it now. This is closure for my family. It's a way of acknowledging that she really is finally coming home after a surprisingly long 18 months. It's also, for me at least, a way to work out my nervous, worried energy. Will she be really awkward around boys now? Will she still be my nephew's favorite aunt? Or the big one: will she still be the same little sister I had 18 months ago?

Emailing once a week and receiving a few letters here and there just didn't clue me in on how much my sister has changed in the past 18 months, or if she's changed at all.

So I kind of understand now why people make such a big deal over missionaries coming home. Part of it is definitely to show them how much they love their missionary and missed them, but it's also a welcome distraction in a way. Between worrying about how many yellow balloons we'll need or whether I'll even recognize my sister, I'd choose the balloons any day.

But I know eventually I'll have to focus on that, right? Eventually, I'll have to come to terms with the ways a mission has changed my sister. And that's not a bad thing. In fact, she probably changed for the better. It's just she's my baby sister, and I can still remember riding bikes with her and playing on the playground in our backyard together. She's grown up a little, maybe even a lot in the past few months, and that's what makes me nervous.

It's fine if my mom and my family want to plan for my sister's arrival. My mom is naturally crafty and it's kind of the way she shows how much she loves us. She's also making a conscious effort not to go crazy overboard to the point where she would be too stressed out to enjoy it.

It's something I never thought to watch out for, especially since I am only a sibling of a missionary and not a parent of one. But having a missionary come home is a little nerve-wracking. There's a lot of ways people cope with it, but I have to stop and check and make sure what I'm doing for my sister's arrival I'm truly doing for her and not as a way to hide my anxiety.

In fact, Elder Ballard quoted President Hinckley in his September Salt Lake regional addresses that "elaborate," public open houses after homecoming talks are not necessary. While this would be a party right after my sister's arrival from the airport and mostly among family, which isn't a bad thing or even discouraged in the same quote, I keep thinking about it.

But I love my sister. I just have to remind myself sometimes that she'll probably be a little different, but she's just as spunky as ever and I can celebrate her coming home in a way that shows how much I love her in a healthy, not so stressful way.