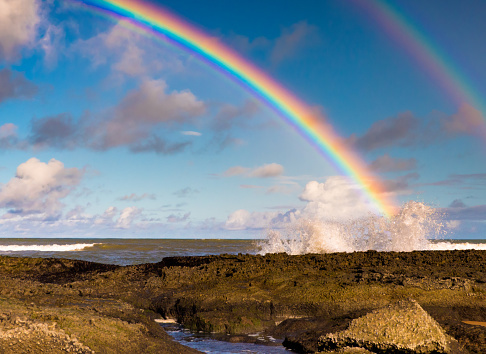 As a child, I would always look out the window after a rainstorm and scan the grey sky overhead.

I would wait patiently, hoping to catch a glimpse of what my Primary-age brain thought was magical phenomon—a rainbow.

I don't remember when, but from a young age, I had been taught that rainbows were a sign from God that the earth would never be flooded again.

To me, this only added to their mysterious qualities and made me even more eager to search for that colorful sign from heaven.

It wasn't until I was much older I learned rainbows, or the lack thereof, was another sign—a sign of the Second Coming.

When Joseph Smith asked the Lord about His Second Coming and the signs that would precede it, he received this answer:

"I have asked of the Lord concerning His coming; and while asking the Lord, He gave a sign and said, 'In the days of Noah I set a bow in the heavens as a sign and token that in any year that the bow should be seen the Lord would not come; but there should be seed time and harvest during that year: but whenever you see the bow withdrawn, it shall be a token that there shall be famine, pestilence, and great distress among the nations, and that the coming of the Messiah is not far distant'" (Joseph Fielding Smith, "Teachings of the Prophet Joseph Smith," Section Six 1843-44, p.341).

"And the signs in heaven above are like nothing man has ever seen. Blood is everywhere; fire and vapors of smoke fill the atmospheric heavens. No man has seen a rainbow this year" (Bruce R. McConkie, "The Millennial Messiah," Chapter 2: Eternity and the Seven Ages).

Joseph Smith also says, "The Lord hath set the bow in the cloud for a sign that while it shall be seen, seed time and harvest, summer and winter shall not fail; but when it shall disappear, woe to that generation, for behold the end cometh quickly" (Joseph Fielding Smith, "Teachings of the Prophet Joseph Smith," Section Six 1843-44).

However, because he could sense the anxiety of the Saints even then that the Second Coming would soon approach, Joseph Smith further prophesied that the Second Coming will not happen that year, 1844, or even 40 years from that time. In addition, he said, "Jesus Christ never did reveal to any man the precise time that He would come. Go and read the Scriptures, and you cannot find anything that specifies the exact hour He would come; and all that say so are false teachers" (Joseph Fielding Smith, "Teachings of the Prophet Joseph Smith," Section Six 1843-44).

So while we may not know the exact date that Christ will come again, there is some evidence to suggest that the absence of rainbows could give us a hint that the Second Coming could come about very soon. 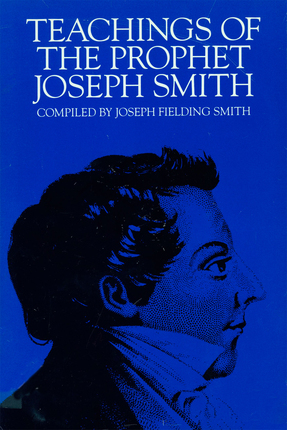 Teachings of the Prophet Joseph Smith is a valuable reference tool that belongs in the library of every Latter-day Saint, to be referred to and read for its insights into the subtleties of gospel principles. This book makes a great gift for missionaries, new converts, and all who desire a deeper understanding of gospel principles.