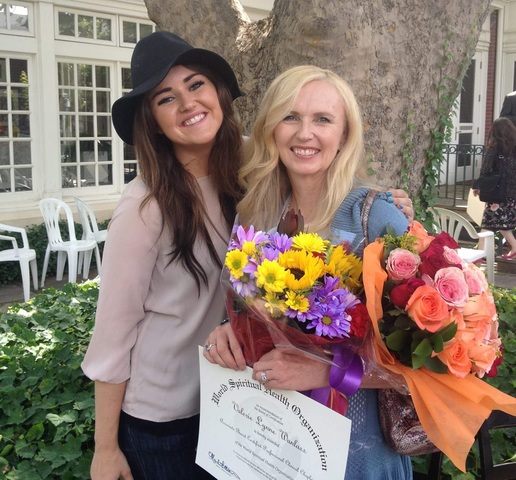 When Valerie Wanlass and her husband bought a used car with an ichthys (a fish symbol meant to signify Christan membership), she wondered for second if she should take it off.

People would come up to her in parking lots acting like they were old friends. She would receive discounts on her oil changes.

It was an eye-opener, she says, about how people not of the LDS faith banded together.

But there was something that troubled Wanlass about the way these strangers only approached her when they felt like they could identify with a label.

This is what caused her to want to be "a bridge between people and beliefs," she says, and it was this desire that led her to become a chaplain.

The Backdoor to Becoming a Chaplain

Wanlass didn't grow up wanting to become a chaplain, but there were events in her life that lead her to it.

As a member of the LDS faith, she decided to serve a mission in her early 20s. After only a few weeks at the Missionary Training Center, she received a call. Her mother had passed away after battling cancer.

She went to the funeral, then went back to her mission, but she was still grieving. At the time, she didn't realize that forgetting little things like her coat at the Salt Lake International Airport and feeling exhausted all the time were signs of grief.

"I felt foolish for years thinking that I had just been careless and had to inconvenience the other missionaries to help me find another coat when I arrived in Italy in the winter," Wanlass says. "Now, I encourage grieving people to be kind and compassionate to themselves when they do things like a drive down the road in their car and forget where they're going, or find the keys they've been searching for days later when they open the freezer. Grief affects us in unexpected ways."

Fortunately, Wanlass had a companion who had also lost a mother and was able to relate to her feelings. But this first-hand experience with losing a family member was the "backdoor" that lead Wanlass to become a chaplain who works with hospice patients and their families.