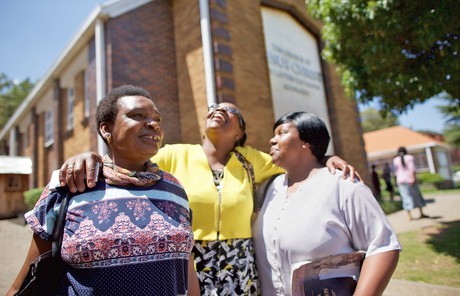 The following article was written by Elder Fred A. “Tony” Parker and shared in a special Ensign issue celebrating the revelation extending the priesthood to all worthy male members in the Church.

I grew up in the southern United States in the ’60s. The grandson of slaves, I was born and raised in inner-city Atlanta, where you couldn’t live without seeing racism. I went to school where there were separate drinking fountains for “people of color.” I’ve been called every name in the book. When that happens, it hurts.

But it hurts more when it happens at church—in a place where we should know better. . . .

I began investigating the Church in 1979. When I learned about the earlier restriction on blacks holding the priesthood, the missionaries could never satisfy me as to the reasons why. I couldn’t understand it.

In the end, after four years of investigating, it wasn’t a person who got me through my questions. I never even talked to a bishop about it.