Chris Montierth speaks frequently during our interview of “pushing the button.”

She says she had no idea what she was getting herself into when she pushed the button—she just knew that she was supposed to push it.

The button she speaks of? The computer key she used to sign up for BYU-Pathway Worldwide.

I first met Chris and her husband, Ross Montierth, when I was a missionary serving in Basin City, Washington. Chris is the kind of person that you want to spend time with in hopes that some of her wisdom and her perspective will rub off on you. I didn’t know then that she began her education 43 years ago but never graduated from college as she became a young mother of five children, all of whom have since graduated from college themselves.But I wasn’t concerned about seeing a diploma. I just knew that she was someone who had the kind of life I dreamed of having someday.

For Chris, her education was unfinished business. And she is the kind of lady that never leaves business unfinished, which is why there was a button to be pushed in the first place.

But there was something significant that caused her family to worry that she might not even be able to complete BYU-Pathway Worldwide’s PathwayConnect program: Chris had been diagnosed with stage 4 liver cirrhosis—chronic liver damage that manifests itself through extreme fatigue and brain fog.

So, what compelled her to enroll?

“I hoped that I was still able to turn the page, the next page in my life,” Chris says. “I felt that I was prompted to further my education to enhance whatever was coming. I didn’t know what that was, but whatever it was, I wanted to be deliberate. I wanted my life to be purposeful.”

“To Enhance Whatever Was Coming”

In the Church, it is not uncommon to hear women speak of and receive counsel regarding the need to obtain an education to prepare for whatever life has in store for them.

In 2018, women made up 60 percent of the enrollment in BYU-Pathway Worldwide.

These women are not faceless to President Gilbert. Quite the contrary. He has learned that “there is a story behind every student.” But he has also recognized that many times their reasons for enrolling are shared across cultures and geographic regions and that they all seem to share one thing in common: They didn’t think education would be for them.

Despite their diverse stories, President Gilbert explains that he has observed several different archetypes of the women in BYU-Pathway:

1. The Exemplar: The woman who is pursuing an education to set an example for her children rather than out of necessity.

Chris is in her early 60s. Her kids are all grown and have families of their own. She is not concerned about providing financially for her family, but she wants to practice what she has preached.

“I felt a really strong obligation to walk the talk with my own children,” she said. “When they were going through college and having a difficult time, I was adamant that they stay the course. I knew it would benefit their lives. . . . And then I realized that unless I’m a total hypocrite, then I need to pursue this myself as well.”

Going back to school was not easy for Chris. In addition to her health issues, she found that the things that were simple for her classmates presented unique challenges for her. For example, when she was in school, the technology of the day was an electric typewriter. This time, she was expected to complete assignments using PowerPoint.

She recalls classmates speaking of assignments they “knocked out in an hour”—assignments that took her eight hours to complete. But her biggest challenge came when she learned that her oldest daughter, Rebecca’s, cancer had returned. When Chris got the news, she had just one math class left to complete. Her immediate reaction was to pull out of the class, but she kept feeling that she needed to go ahead and take it.

“I thought, ‘Are you kidding me? My daughter has cancer! I need to spend time with her,’” she recalls. But she kept coming back to her daughter’s constant admonition to her family to continue with their lives as usual. Chris came to see this math class as a huge blessing because, although she struggled with not being with her daughter every minute of every day, she knew her daughter (who passed away in early 2019) didn’t want that, and she came to understand that God knew that. “He knew I had the time to take the class,” she says.

2. The Aspirer: The woman who has goals and dreams she wants to achieve.

President Gilbert says he has come to see BYU-Pathway as a tool to combat social media—something he says is disproportionately attacking women’s self-worth. He calls BYU-Pathway a force against growing depression and self-comparison.

He recently spoke with a bishop in southern California who said that his ward has changed as a result of the women who have gone through the PathwayConnect program.

3. The Earner: The woman who would like to complete her education to support or provide for her family, now or in the future.

In October 2007, President Thomas S. Monson counseled, “Statistics reveal that at some time, because of the illness or death of a husband or because of economic necessity, you may find yourself in the role of financial provider. . . . I urge you to pursue your education—if you are not already doing so or have not done so—that you might be prepared to provide if circumstances necessitate such.” 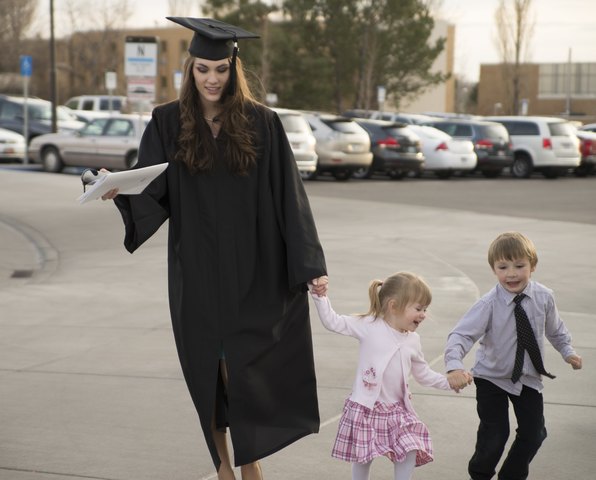 BYU-Pathway has made it easier for people with children in the home to follow the prophet’s counsel. BYU-Pathway allows for all of the classwork to be completed online, the cost is half the price of the most affordable community colleges, and the nature of its programs and curriculum is designed to instill confidence.

4. The Millennial Doubter: The woman who didn’t think she would succeed in college but the structure of BYU-Pathway gave her the confidence to start.

Last January, I wrote an article about a young couple from India who had an arranged marriage. I was intrigued by their marriage and expected that to be the most compelling part of the story, but as I listened to Divya Pothuri tell me, wrapped in her traditional Indian sari, about her experience with BYU-Pathway, I knew this was a far more significant story. 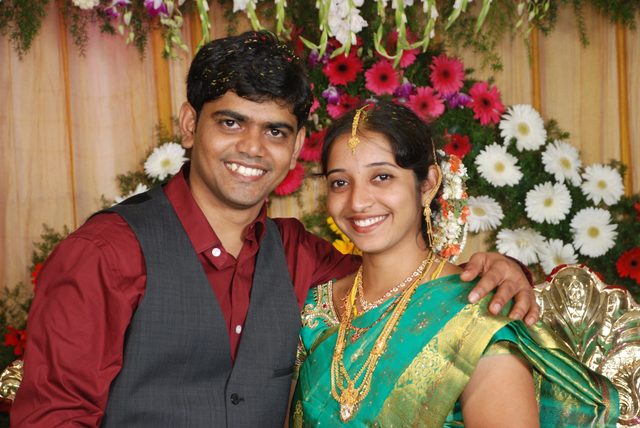 “When I first came to the United States, I was scared to talk with people. I knew how to talk in English, but the accent and everything is different. I felt like if I was talking to someone, they might misunderstand because of my accent, so I didn’t want to do that. . . . I didn’t want to talk to anyone,” she said, her voice breaking as tears began to roll down her cheeks. “It’s all happened because of this Church. With the help of the Lord, now I am free to talk to anyone. I’ve got a lot of self-confidence. I can do anything.”

President Gilbert says, “I often will hear someone say, ‘Well I just want to get married.’ And I say, ‘Marriage is our doctrine but using that as an excuse not to educate yourself?’ And then to feel like, ‘I’m a girl and not as smart or capable.’ That is not our doctrine. . . . I meet [young women] all over the Church. They’re smart, they’re capable, and yet, they don’t believe education is for them. We’ve got to break that culture at all levels.”

5. The Rescuer: The woman guiding and helping others gain their education.

President Gilbert witnessed this firsthand at an Ogden PathwayConnect completion ceremony. He sat with a group that was made up of two-thirds women, and he asked the group, “How has this changed you?” A Hispanic man explained that he had come to the program last fall and informed his classmates that he would only be there for the next two weeks. As he recalled what happened next, the man became emotional.

“These sisters put their arms around me and they said, ‘Oh, no, you won’t. You are going to make it to the end,’” President Gilbert recalls the man saying.

This love and encouragement is at the very heart of BYU-Pathway, President Gilbert says, and it is why women have played such a huge role in its growth, both by improving their own lives and the lives of others.

Advantage in the World to Come

Chris wanted to be an example to her children by completing the educational journey she began more than 40 years before. But there was something more that motivated her through PathwayConnect, a program that was much more overwhelming than she anticipated.

“Whether I live another two years or ten years, the time is going to go by. . . . I can either spend the time—or maybe in this case I should say waste the time—worrying about what is to come, or I can move forward with faith, understanding that everything I gain in this life I’ll take with me,” she says.

And in doing so, she found an experience that was not only more overwhelming than she thought it would be but also life-changing.

“The most shocking thing to me was how it enlarged my vision to be so much bigger than what I had asked for it be or thought it might be in the beginning,” she says, recalling a C.S. Lewis quote that she loves:

Imagine yourself as a living house. God comes in to rebuild that house. At first, perhaps, you can understand what He is doing. He is getting the drains right and stopping the leaks in the roof and so on; you knew that those jobs needed doing and so you are not surprised. But presently He starts knocking the house about in a way that hurts abominably and does not seem to make any sense. What on earth is He up to? The explanation is that He is building quite a different house from the one you thought of—throwing out a new wing here, putting on an extra floor there, running up towers, making courtyards. You thought you were being made into a decent little cottage: but He is building a palace. He intends to come and live in it Himself.

“That’s what Pathway is like,” she says. “You think you’re going back to school to get a degree and it just ends up being so much greater.”

BYU-Pathway Worldwide provides an accessible path to earning a spiritually based university degree completely online at an affordable price. There are two ways to start:

Photos Courtesy of The Montierth family, the Pothuri family and BYU-Pathway Worldwide.