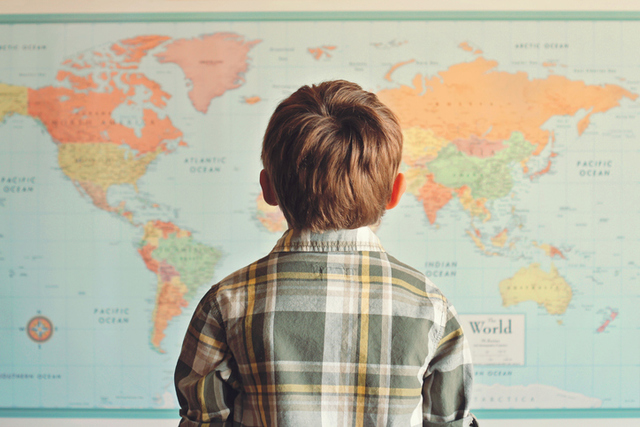 Anyone could use a good dose of hope, and children are our perfect example. In his book Look Up, My Soul, Gerald N. Lund shares a story he heard in sacrament meeting of how God bolstered a child's faith and hope over something as "trivial" as popcorn.

In a fast and testimony meeting, a mother thanked the Lord for a tender mercy that had been given to her son the previous week. His first-grade teacher set aside part of one day each week as “popcorn day.” Popcorn was served to a student during recess if all of his or her work had been completed. It was her son’s favorite day at school, and he looked forward to it all week.

Because of a doctor’s appointment, though, he had been unable to attend school on popcorn day. He was so disappointed, and he asked his mother if she thought they might have popcorn day the next day instead. She said no, explaining that it was always held on the same day of the week. If something came up at school that interfered with the treat, then the teacher simply skipped it for that week.

Nothing she said could dampen her son’s hope. As he prepared to leave for school the next day, she warned him again that it likely wouldn’t be popcorn day. “It’s all right, Mom,” he said cheerfully. “I asked Heavenly Father if it could be popcorn day today.”

Touched by his faith, she said nothing more, but she worried all day about how he would react when popcorn day didn’t happen. When he came home, his mother waited for a few minutes, but he didn’t mention anything unusual. Finally, she asked if they had had popcorn day. “Sure,” he said, as if it were the most natural thing in the world.

Why would the God of the universe, a deity of infinite power and majesty, concern Himself with something as trivial as popcorn day or a sick kitten? I believe there are two answers to that. First, it is because He is not just God, but our Heavenly Father. Any parent will tell you that they find joy in doing small and trivial things for their children if it brings them joy.

But second, and more important, consider that while popcorn day is perhaps of little eternal consequence, a child’s testimony is not. And that little boy’s testimony was strengthened that day. A beloved Primary song asks this question:

Heavenly Father, are you really there?
And do you hear and answer ev’ry child’s prayer?

In my experience, it is older children or adults who are unsure of the answer to that question. Most children don’t have to ask. They already know.

Thanks be to God that He realizes that there are times when even adults need to know the answer to that question, even if it is for something that is not one of the great cosmic challenges of life. We are warned in the scriptures against praying for things which are “not expedient” (D&C 88:65), but I have learned that expedient doesn’t always mean only the great and grand things.

Read more accounts of hope in Gerald N. Lund's Look Up, My Soul: The Divine Promise of Hope, available at Deseret Book and deseretbook.com.

Included in the book are inspirational and enlightening stories—from Church history, the scriptures, Elder Lund's own life, and the lives of others who were willing to share their stories of hope—that invite us to look up and to find joy in the promises the Lord has made to us.