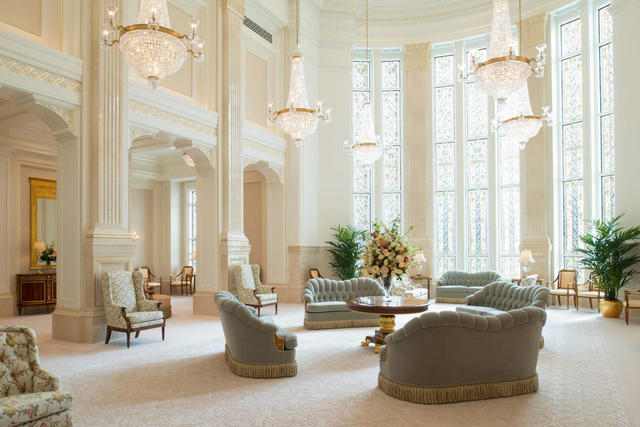 Suppose you were teaching a class of Israelite youth in biblical times and posed the question: “What is a covenant?” Would they have responded that a covenant is a two-way promise? Probably not. Ancient Israel didn’t claim to be the Lord’s “two-way promise” people. They were the Lord’s covenant people and understood covenants in terms of a sacred relationship. Our modern definition of covenants as two-way promises between God and man misses the very heart of covenants. Covenants can create the most binding relationships possible.

We find the same idea in the Book of Mormon. King Benjamin taught his people, “And now, because of the covenant which ye have made ye shall be called the children of Christ, his sons, and his daughters” (Mosiah 5:7; emphasis added). Did you catch that? A new relationship is being established with Christ by means of a covenant.

Anciently, covenants were formed between two or more people through a ceremony. These ceremonies generally included many or all of the following steps:

These same elements were also found in covenants between God and man. The central idea behind covenant relationships was that of merging or combining identities—of two becoming one. Because of their binding nature, covenants were considered sacred and not entered into lightly. Each step was highly symbolic and held great meaning for the participants. Here we will consider just one of these.

The Exchange of Robes

As part of the ceremony, two people entering into a covenant together often exchanged robes or other garments. The biblical story of Jonathan and David is a good example.

We read in Samuel, “the soul of Jonathan was knit with the soul of David, and Jonathan loved him as his own soul” (1 Samuel 18:1). This describes the kind of a relationship that should precede and motivate the making of a covenant. “Then Jonathan and David made a covenant, because he loved him as his own soul” (1 Samuel 18:3). Notice what the record describes next as part of the covenant process. “And Jonathan stripped himself of the robe that was upon him, and gave it to David, and his garments, even to his sword, and to his bow, and to his girdle” (1 Samuel 18:3-4). We might wonder, why as part of their covenant did Jonathan give David his robe? What did this exchange symbolize?

Today, we wear mass-produced clothing, but in biblical times clothes were handmade. Robes were often unique to an individual, especially in the case of someone important like Jonathan. You might even recognize a person’s identity from a distance by the robe they wore. Robes could also indicate a person’s status. Jonathan was the oldest son of King Saul and heir to the throne. As such, Jonathan’s robe undoubtedly identified him.

By giving his robe to David, Jonathan symbolically hands his identity and his status, as the heir to the kingdom, to David.  This moment held great symbolic meaning for these two friends. Jonathan’s great love for David motivates this exchange. Though we are not told if David did likewise, in many cases both parties exchanged robes and thus shared or merged their two separate identities into one.

In this, Jonathan stands as a type (or symbol) of the Savior and David as a symbol of each of us. When we accept the gospel and enter into covenant, we are also invited to an exchange of robes. We are offered a chance to exchange the filthiness and nakedness of the natural man and to be clothed by the Lord (see 2 Nephi 9:14; D&C 109:76,80). Isaiah testified: “And I will greatly rejoice in the Lord, my soul shall be joyful in my God; for he hath clothed me with the garments of salvation, he hath covered me with the robe of righteousness” (Isaiah 61:10; emphasis added).

For each of us this exchange can also involve a merging of or an exchange of identities as the Savior, through the Atonement, was clothed in our sinfulness. “For he hath made him to be sin for us, who knew no sin, that we might be made the righteous of God in him” (2 Corinthians 5:21). As the Savior assumes our sinfulness, He offers us the opportunity to be clothed in His holiness.

In the covenant between Jonathan and David, we find a beautiful type. Jonathan’s love for David is a beautiful reflection of the Savior’s love for us. Like Jonathan, Christ offers us the chance to share in His status as heir to the kingdom.

With this idea in mind, consider anew the parable of the prodigal son and how it might apply to our temple ordinances. As you will recall, the younger son eventually comes to his senses and decides to return to his father. But while he was still a long ways off, his father saw him and ran to greet and embrace him. The son explained that he had sinned and was no longer worthy to be called a son. And yet notice what the Father does. He has his servants bring forth the best robe and clothe his son (see Luke 15:11-23). There was great meaning in this simple act of restoring his son’s status, not as a servant but as a member of the family. Do we see it reflected in our own temple ceremonies?

In the gospel, covenants are a serious matter with the Lord. We see this in the dedicatory prayer of the Kirtland Temple. This prayer was given by revelation. The words are the Lord’s and have significance. It begins by stating: “Thanks be to thy name, O Lord God of Israel, who keepest covenant” (D&C 109:1; emphasis added). Of all God’s titles and of all the ways He could properly be addressed, here at the dedication of the first temple of the restoration, He chooses to remind us and to be known as one who keeps his covenants!

In the same verse, we find some hope for ourselves, “…and showest mercy unto thy servants who walk uprightly before thee, with all their hearts” (D&C 109:1). God recognizes that we do not keep all of our covenants perfectly all of the time. He shows mercy unto us, but in return expects us to walk uprightly with all our hearts.