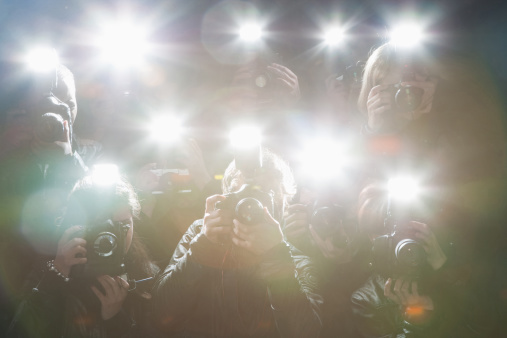 Why Those Outside the Church Are so Fascinated with Famous Mormons

How well do you know your famous Mormons? The Catholic news site catholicsay.com just might surprise you with the famous Mormons you didn't know "have been changing the world."

And they are not the first to publish an article highlighting famous, influential Mormons not everyone knows about.

► You'll also like: 14 Things You Didn't Know a Mormon Invented

As the Catholic Say article states, the LDS church is growing and members live throughout the world. Though this article highlighted the Mormons you may not know are Mormon, like inventor Harvey Fletcher or Star Wars producer Glen Larson, other lists of influential Mormons have also appeared on news sites over the past years, and not all of them were on Mormon or Utah news sites.

News Max published an article last August naming the 50 most influential Mormons at the time, noting, "Members of The Church of Jesus Christ of Latter-day Saints are important leaders in many fields, including government, economics, entertainment, science, education, and sports."

Ranker also published more than one article naming various celebrities who identified as Mormon at one time in their life, naming famous Mormons like David Archuleta and Corbin Allred.

As one of the fastest-growing churches in the United States, according to Mormon Newsroom, the members of The Church of Latter-day Saints have caught the attention of others though some may see our beliefs as a little outlandish.

"To many, the bold declarations of Mormonism are outlandish, even abhorrent," Brent L. Top writes in his article The Attraction of Mormonism. "To others, they are amusing, merely a curiosity to observe and then dismiss. Yet to thousands, even millions, the claims of heavenly beings visiting the earth to establish a church and of the availability of new scripture are indeed attractive, striking a spiritual chord that draws people into, rather than repels them from, further investigation of Mormonism’s message."

To find that some celebrities are also Mormon, especially with the attitudes some have about Mormons Top mentioned, has sparked the Ranker, News Max, and Catholic Say articles. Though it might seem odd to some to see Mormons in such a mainstream role, it's not surprising to those who know Mormons are encouraged to improve upon their talents instead of hiding them, no matter what those talents are.

And as the Church grows and its number of members grow, the fascination with famous Mormons could lead to more interesting articles like the Catholic Say article, highlighting our influence throughout the world.