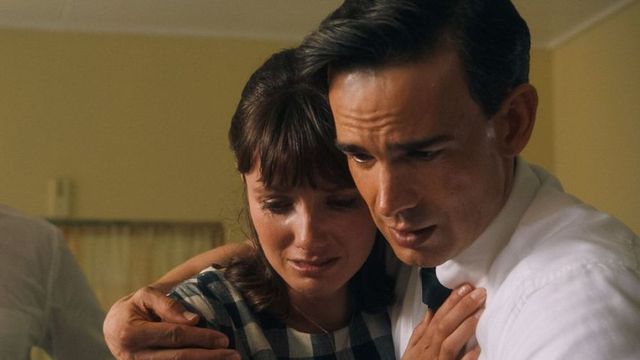 A couple of weeks ago Trina Boice reviewed The Other Side of Heaven 2, giving it her recommendation. Having just seen the film I’d like to add a second witness, if you will, that the film is entertaining, profoundly moving, and has the visuals to demand a big-screen viewing in the theater.

What's The Other Side of Heaven 2 about?

Years after his first mission, Elder John H. Groberg and his family return to Tonga for him to serve as mission president, facing violent storms, personal tragedy, and opposing locals with incredible faith. The movie is a sequel to the 2001 film The Other Side of Heaven and based on the book The Fire of Faith.

Director Mitch Davis returns 18 years after his original film, and he’s not missed a step creatively. In fact, he and star Christopher Gorham have only grown in talent in the interim, delivering a film that is in many ways even more assured and dramatically realistic than the already solid original. While it has some pacing issues early on and a few scenes in the first half aren’t as strongly acted as they could be, the back half delivers a profoundly moving, spiritually rich, and narratively gripping tale as two fathers of different religions overcome their differences to unite in faith for their sons.

While Oscar-winner Anne Hathaway is missed simply because, well, she’s Anne Hathaway, newcomer Natalie Medlock impresses as the new Jean Groberg, especially in the second half as she pleads with God and leans on her husband for support in time of trial. Russell Dixon steals every scene he’s in as a dead-ringer for young Thomas S. Monson; one scene in particular, in which he tells a faith-promoting anecdote to a group of missionaries, had my wife and I chuckling for how spot-on the performance is. Ben Baker’s Methodist preacher comes off too strong at first; the other characters keep insisting that he’s a good man, but early on we only see his anti-Latter-day Saint prejudice. Again, on the back end however the character is fleshed out and his faith in Christ awakens him to compassion and repentance.

But this is Gorham’s movie. It’s incredible how much he’s matured as an actor, capturing the essence of Latter-day Saint fatherhood and priesthood service with authenticity. Davis and director of photography T.C. Christensen capture the stunning vistas of the South Pacific in lush detail; this, combined with several harrowing action scenes involving storms of nature, practically demand that the film be seen on the big screen. Composer Christian Davis crafts a lovely musical score here, building off themes from the first film and delivering new material with aplomb. With any luck (and the moviegoing dollars of people like you and I), this film will reach wider and wider audiences, doing good, sharing the message of the Restoration, and bringing souls to Christ. Hurrah for Israel indeed.

Is it okay for kids?

The Other Side of Heaven 2 is rated PG-13. It has no offensive language or sexuality. There is thematic intensity involving parental abuse, a near-drowning, a man is struck by lightning, a sick baby languishes, and a missionary suffers a beating. There is nothing here to offend the Spirit, but it is too intense for very young children. Older children and teens will be fine.

The whole movie is worthwhile messages! Audiences will be inspired by a very clear message that God loved us so much sent His Son, Jesus Christ, to die for us and save us from sin and death (see John 3:16). In standing for what we believe is right we must be careful to not fall into self-righteousness, hatred, and the persecution of those we disagree with. Suffering can soften hearts. Prophets and apostles receive direct inspiration. “God does notice us, and he watches over us. But it is usually through another person that he meets our needs. Therefore, it is vital that we serve each other” (Teachings of Presidents of the Church: Spencer W. Kimball [2006], 82.)

Jonathan Decker is a licensed marriage and family therapist and clinical director of Your Family Expert. He is the author of 250 Great Movies for Latter-day Families and is known for co-hosting The KJZZ Movie Show, performing with BYU’s Divine Comedy, and starring in CTU: Provo.