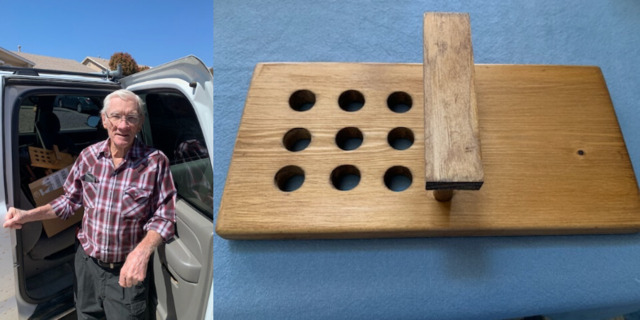 Why This 84-Year-Old Great-Grandfather Made 40 Sacrament Trays

Willard Sensiba knows about precision. As a former typesetter and the president of a typesetter union, he spent 20 years at newspapers around the country, manually configuring the type using the printer’s very small and precise measurements.

Sensiba applied these principles of precision to the 40 sacrament trays he crafted, his 84-year-old hands going numb from drilling and measuring the exact size of hole needed for the tray. But Willard wanted these trays to be as close to perfect as possible. 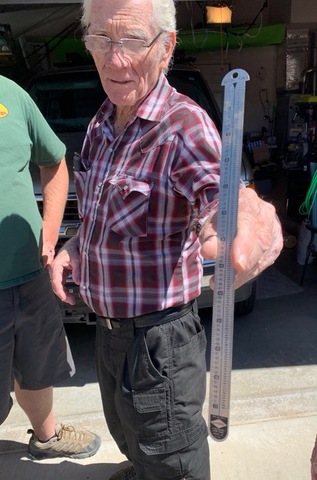 “This is something that will be used in the most sacred ordinance that we perform outside of the temple,” Willard says. “I felt in my mind that the sacrament tray had to be as close to perfect as I can get it.”

With meetings currently suspended, sacrament looks different than before with kitchen tables doubling as sacrament tables and pillowcases being used when white tablecloths aren’t available, but Willard is bringing a familiar aspect of the sacrament to the tray recipients.

Twenty years later, the Sensiba family used the homemade wooden tray for the first time in their New Mexico home, and in doing so, they noticed that using the tray brought the sense of something familiar to very unfamiliar times ravaged by COVID-19. They knew other families would appreciate that feeling, too. 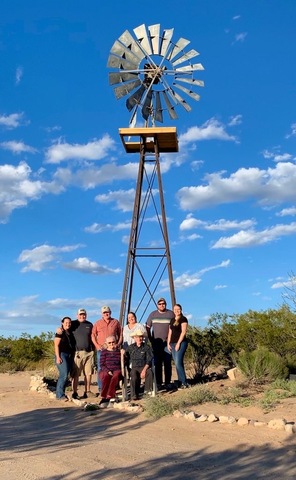 Enlisting the woodworking skills of her 84-year-old father-in-law, Willard, and roping in the rest of the four-generation Sensiba family, Val set out to deliver sacrament trays to families.

For Willard, it was not only the chance to serve others that he enjoyed, but also spending quality time with his posterity. Enlisting his great-grandson Noah for assistance, Willard had the opportunity “to pass something on to a new generation” by teaching his skills to Noah. Additionally, he hopes the trays are something that can be passed on to future generations.

“I thought, ‘These little sacrament trays are something they can keep and pass down to another generation,’” Willard says. “And we’ve had people say to us, ‘This will become a family heirloom.’ It’s a good thing to do, put it that way. My time was well spent.”

When Val began to surprise deliver the homemade trays to families, they were touched by the kind gesture. “When people would get it, they were so stunned and you could . . . feel the Spirit when you were delivering them,” Val says. “It was . . . a sacred thing for our family.”

Photos: Courtesy of the Sensiba Family

Service CoronavirusService,Coronavirus,
Comments and feedback can be sent to feedback@ldsliving.com