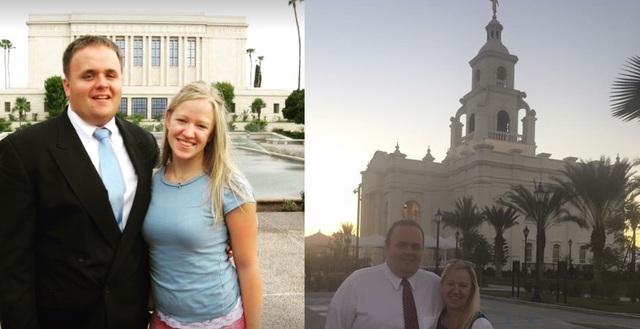 In 2017, Rodd and Ashley Jefferies quit their jobs and sold everything to visit every temple in the world. Now, they are living in an RV and have already visited 70 temples and traveled over 26,000 miles. Over the past year, they experienced many adventures, such as surgeries, RV problems, living at an alligator ranch, finding missing family, and most importantly, building a more meaningful relationship with their Heavenly Father.

Temples have always been influential in Rodd’s life. When Rodd came back from his mission in 2002, he was not doing as well as he expected. So he set a goal to attend the temple every day after work. Everything in his life started falling into place. When he was dating his wife, Ashley, they attended the temple every Saturday before they got married. Rodd says, “I told her I had a goal to see all the temples. She didn’t think that was a realistic goal. We’ve been married for 12 years, and as we have traveled around the country, the number of temples we have visited just kept going up.” 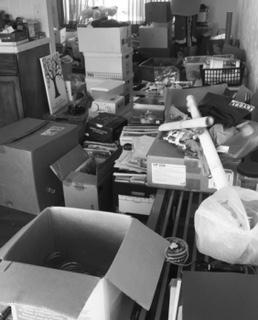 After they got married, with their jobs occupying most of their time, Rodd and Ashley didn’t go to the temple as often as before. Although they attended church every week, Rodd said they were not active in the gospel. After discussing their situation, they realized they had constantly let work drive their lives. Two weeks after that conversation, Rodd and Ashley bought an RV and, over the next seven months, quit their jobs, rented out their home, and sold everything they had. “Before we hit the road we had a house full of stuff. It was kind of freeing to get rid of [it all],” Rodd says.

But while they were preparing for their trip, Ashley discovered she had a tumor in her chest doctors said needed to be removed. During the surgery, Ashley's doctor found another tumor and was able to remove it in the same surgery. “So many tender mercies happened. If they hadn’t found that second tumor, we probably would have been called home to have a second surgery,” says Ashley.

After they rented out their house, the couple lived in Ashley’s mother’s basement for a month. At that point, it would have been easy for them to cancel the trip, but Ashley one day said, “That’s it. We are leaving.” The next thing they knew they packed everything into their RV and left on May 1, 2017. “My hands were gripping the wheel and my heart was pounding out of my chest. I couldn’t believe that we are actually doing it,” says Rodd.

100 Percent Reliance on the Lord

“We are always in situations that require us to put faith in the Lord all the time. When things get stressful or we don’t know how it is going to work out, we just have to say a prayer and 100 percent rely on the Lord,” says Ashley.

Without knowing anything about RVs, Rodd and Ashley spent their first night on the road at a Wal-Mart parking lot. As the trip went on, their RV broke down several times and they received help from complete strangers who opened their homes and helped them fix their RV. With Ashley completing a master’s program and managing her own accounting business while traveling, the two try to live as simple and affordable as possible. To budget their money, they have stayed in some untypical places like the wildlife zoo in Albuquerque, New Mexico, an alligator ranch in Mississippi, and a cider mill in Missouri.

After becoming so used to the everyday nine to five work hour routine, Ashley said the hardest thing for her on this trip is the constant changes. Every morning when she wakes up she needs to remind herself where she is, and instead of watching TV, they are now constantly walking outside and interacting with people. She also said instead of worrying about money, now they only worry about having enough to live by.  “We really had to simplify on the things we kind of grew accustomed to. As we simplify our lives we are more able to recognize those tender mercies every day,” she says.

Rodd and Ashley also have had many opportunities to share the gospel with people they’ve met along the way. Rodd said most of the time people are curious about what they are doing, which results in many questions about Mormons. “Lots of people have lots of strange ideas of what Mormonism is. In their mind, when they see we are nice, and not what they thought we would be, it kind of plants a seed in their hearts.”

“We Show Up as Strangers and Leave as Friends.” 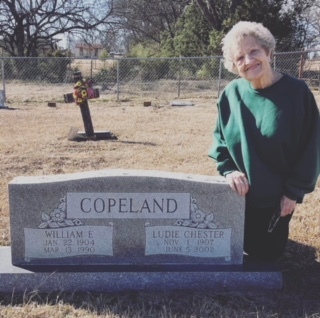 Ashley’s grandmother was six years old when she lost her father. She spent her entire life looking for information about her dad. While Rodd and Ashley were traveling to Texas, they found out, through her grandmother's DNA test, about new family they had recently discovered in Texas. Rodd and Ashley's RV happened to break down in the very same city where Ashley’s great-grandfather grew up. They used the time they had waiting for repairs to do more research, and they found Ashley’s great-grandfather’s family. They were able to fly her grandmother to Texas to meet her newly discovered relatives. “We were stuck in Texas for a month, and we never stay at anyplace that long. We laugh now that great-grandpa broke the RV so that we stayed and had enough time to find his family,” says Ashley.

During the time they were stuck in Texas, a local branch president got Ashley and Rodd in contact with a family out vacationing, and the family allowed them to stay in their empty house as long as they need. “They have never met us. We are blown away and so humbled. These people taught us what it really means to be a disciple of Christ. I think the Lord put us there to not only learn about our family history but also to learn some really incredible life lessons from the family who treated us like their own. It was amazing,” says Ashley.

With the many opportunities they’ve had to stay in people’s homes, Rodd and Ashley try to return the favor through service. “We try to leave things better than when we got there. People let us into their lives and I feel that we have the blessings of learning all these really cool things but also add value to their lives,” Ashley says. 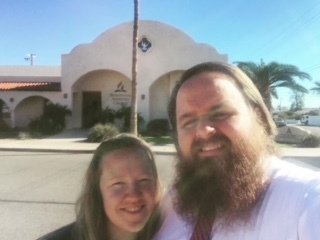 Rodd and Ashley receive many different reactions when people learn about their trip. “Lots of people don’t know how to react,” Rodd says. “Sometimes they are onboard, sometimes they are not. It’s been kind of interesting to see how different people have reacted.”

The initial one-year road trip has now been extended, with no end date in mind. After Ashley and Rodd visit all the temples in the U.S. and Canada, their next step is to visit the temples in Central America. “We don’t really know what the future holds. We have talked about the possibility of settling in a place we have visited. We are open to wherever the Lord guides us to,” says Ashley.

Rodd and Ashley have recorded their journey on Facebook and Instagram through an account called Meaningful Miles. “We traveled all these miles. We try to find more meaning in life and make the things we do more meaningful and have a more meaningful relationship with Heavenly Father,” Rodd says.

“Every time we make a change in our life, it’s going to be worthwhile, and it’s going to be hard. As we push through, trust in the Lord, He will take care of us; He will guide us. We are trying to do all these meaningful things and we see lots of miracles because of it,” Ashley says. “I am a completely different person than I was a year ago. Spiritually, we are thousands of times better off today. The things that I thought mattered before, they don’t matter anymore. I think it happens naturally as you are forced to cut things out of your life and really go back to the basics. Now, I’m more available for the Lord to reach out and teach me.”

Rodd and Ashley hope by posting their journey on social media, it can remind people to focus on the temple, and they encourage people to make hard changes in their life because they have learned from experience it always pays off.