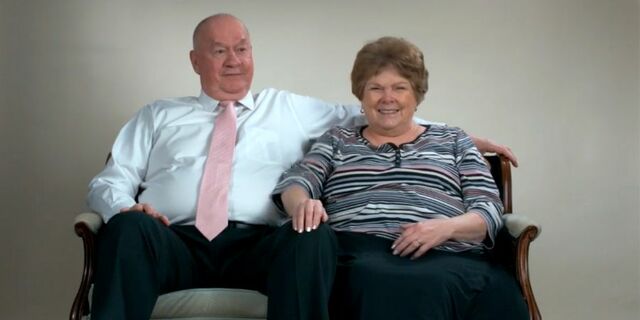 On this week's episode of  This Is the Gospel, Jim, a devout Baptist, sends five of his seven children on Latter-day Saint missions despite his misgivings about what they will teach and finds himself “tapped on the shoulder” by God.

Read an excerpt adapted from his story below. You can also listen to the full episode here or read a full transcript here.

I grew up as a Baptist. There were very few Baptists in Clearfield, Utah. My parents taught me about Jesus Christ and I went to church every Sunday. I grew up, actually, with kind of an anti-Mormon tilt. The Southern Baptists love the LDS people, but they felt and believed that they were not writing their doctrine and they, in fact, were lost. They were active in trying to save the LDS people, get the LDS people to realize they were wrong.

We would take the children to church. Lyndia would take some time and I would take my time. They enjoyed both churches. Ultimately, the challenge left me feeling like it's better to just let them go to the Mormon church.

Then came time for the kids to be baptized—I was reluctant to that, feeling as I did about the church. And consequently, when it came time for them to be baptized, the challenge there and the heartache for me was that I was relinquishing my responsibility to teach my kids, I guess, the truth—the truth as I saw it and knew it. It was a struggle, but I let the kids be baptized.

► You may also like: How a Piece of Trash Led to My Conversion in Prison

The hard part really for me was when my kids came and wanted to go on a mission. Again, feeling as I did, it was hard to know that they were going to go teach something that I didn't believe. I had taught them and told them that they were no longer responsible to their father, their earthly father. They were more responsible to their Heavenly Father and if that's what He wanted them to do, that they needed to go do it and do the best job they could.

Through the years . . . the Lord was working with me and tapping me on the chest. I had no doubt in my mind He was wanting me to do something and He was telling me something. When two granddaughters were to be baptized, and one granddaughter to be blessed, that was really emotional for me. That Sunday, a lady stood to give her testimony. She testified of Joseph Smith, the truth of the gospel, and Joseph Smith [restoring it]. It was then, that Sunday, that my Savior told me, "You need to look at the Church with thoughts other than trying to disprove it."

We went home. I thought,  "How am I going to tell Lydia and my family?" They obviously had been praying for this for a long time. But I knew I needed to tell her and I couldn't figure out how, and I just thought, "Well everybody's together, just tell them." As I recall, there was shock and awe. Everyone was happy, some were crying to know that it might take place. I know some doubted it—that it never would, even then.

I told them that I didn't need to meet with any missionaries of the Church because I had a whole house full of them. Five of my seven children were returned missionaries and all three of my sons-in-law. I asked them if they would read with me and pray with me and help me answer questions that I had. And we did. We met often and prayed every day. As I prayed about it, every time I got a distinct feeling that the Lord wanted me to continue to read and look. Finally, my Heavenly Father showed me that I didn't have to leave the truth that I knew and to turn my back on Him, but He had more truths for me. And through that, I made the decision to be baptized. I was able to tell my bride of 41 years that I was going to be baptized.

► You may also like: How an Unlikely Conversion Story Led to Dwyane Wade Saying the Closing Prayer at a Baptism

A little over a year later, I was able to go to the temple and be sealed to my wife and seven temple-worthy, wonderful children. The most remarkable thing about it was to realize the truth of the eternal family. When we lost a son a few years ago, to know that we would be with him again, that it was just for a short time that he would be with us and we would all be together as an eternal family— to endure something like that without that knowledge would be so difficult. And I testify the blessings that come through the plan of salvation and knowing that again one day I will see and be with my son. I testify that that is the greatest, the most wonderful thing that there is.

Watch Jim and his wife, Lyndia, share what they have learned over 54 years of marriage in the video below.