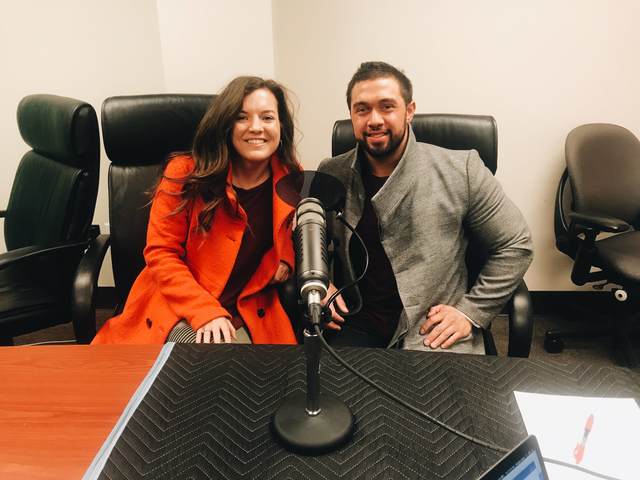 Why Two Men Agreed to Speak with Me About Their Excommunications

To listen to this week's episode of All In, "Experiencing Excommunication," click here or listen in the player below.

About a month ago, I received a text from my friend Perri Correia asking what website I use for my personal blog. I sent him the website and didn’t think much of it until the next morning, when Perri asked if I would be willing to read his first blog post, which he had just published.

I agreed and read the following, “Tonight, I waited patiently outside the doors of the high council room. I had just finished hours of sharing difficult events of my life—mistakes I've made, unfortunate things that have happened to me—and uncovering how inadequate I am at making choices when going through tough times.”

I was confused because I had no idea this was something that Perri had experienced. I told him that I was really impressed by how beautifully it was written, but then I said, “I’m confused; when did this happen?” He responded, “This happened last Thursday.”

Perri told me that he had been pretty distraught immediately following his excommunication and went looking for resources from others who had been in his situation and had successfully returned to the Church. But when he couldn’t find anything that offered hope for someone in his situation, he had the thought that maybe he was going through this process so that he could be a resource. He felt that based on his present situation, the odds probably weren’t great for him to be rebaptized into the Church. Nevertheless, he said, “I have every intention to get back. And I want people to see this process in a hard but positive light.”

I feel like sharing experiences in the hopes of helping another person is one of the rawest and most sincere desires we can have, and I was impressed that Perri wanted to do that.

A few days later, I stumbled across a blog post by a man named Rory Mele, who lives in Kansas City, Kansas. Rory wrote that he had recently been rebaptized and explained why excommunication had been “a miracle” in his life. Immediately, I began to wonder if it would be possible for these two men to have a conversation about excommunication as they were experiencing it from opposite ends, one having just been excommunicated and the other having just been rebaptized and currently preparing to apply for his restoration of blessings ordinance. They agreed.

During our conversation  on the podcast, I asked the two men about their willingness to be vulnerable and open regarding their respective excommunications, and I loved how Rory responded.

“I think Satan has a way of binding our tongues so that we don’t speak,” he said. “He gives us fear; he gives us embarrassment; he puts ideas into our heads that we’re going to be outcasts, lose friends, and lose family. But he can’t win. . . . What if Alma the Younger had never shared that experience, an experience that we celebrate in this Church? We would have less to draw on because of it.”

In this week’s All In episode, Perri also explains more about the motivation behind sharing his experience publicly. He shares,

"[Excommunication] is an embarrassing thing to go through. It’s hard and people don’t understand, but when you open yourself up regardless of how you feel—whether you’re scared, embarrassed, or just have fears that relationships could end or you might push people away or that people will view you differently—when you open up to people, they tend to open up to you, and I think part of our healing is helping others heal as well.

"Being vulnerable is completely against my nature, so the first few days after the excommunication happened, I had never felt so alone in my life. So, I remember going to a bookstore and just looking for something that I could grasp, that I could find something to relate to, to deal with the feelings that I was feeling, and I couldn’t find anything. So, I had the impression the next morning to start a blog, to write about it. And it was pretty hard. It was hard to open myself up to live in that experience again and share that publicly. I think part of my drive was I didn’t want anyone to feel what I was feeling.

"I have a good support. I have a testimony; it’s still there, but there are some who lack that, who lack the faith, who don’t have people checking in on them, and I kind of wanted to make a difference, to let others know that they’re not alone, that they can get through this."

I believe that one of the most important aspects of our mortal existence is our willingness to “mourn with those that mourn” and “comfort those that stand in need of comfort” (Mosiah 18:9). Amidst all of the other insights Rory and Perri shared in the podcast, there is one statement Perri made that has replayed in my head over and over again in the days since we recorded, and I hope it will replay in yours as well:

Lead Image: Morgan Jones is pictured with Perri Correia during their recording of All In. Rory Mele was recorded remotely as he lives in Kansas.