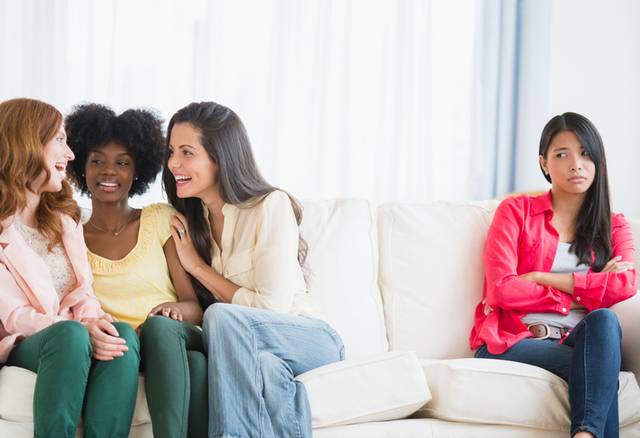 What an insightful observation: "In order to know where we stand, we want to know where those around us stand so we will have points of reference, so these outward commandments become further ingrained as benchmarks. It is easier to see if someone is showing their shoulders than to determine how much faith they have, so we tend to judge that instead—both in ourselves and in others. (Facebook makes this brand of judging so easy!)"

When I was a teenager, if someone asked me about Mormonism, about what differentiated it from other faiths, I usually listed off a few outward expressions of what made our church stand apart:

Since these things tended to outwardly distinguish me from the rest of my friends quite notably, they became what I thought were the “biggest deals.” They came to define my religion, becoming the benchmark of a successful Mormon in my mind. No coffee or beer? Wore sleeves to prom? Didn't see American Pie? Check, check, check. I’m a success!

I see now that these things easily became my standards of success because they were measurable. They were the outward stuff. Anyone could see them and check them off lists.

As I’ve grown older I’ve come to see the gospel as much, much more than those “outward” commandments. I’ve grown to trust and love the inward ones as well:

These inward features have largely formed my new standard of “successful” righteousness. But there is one main problem with these new measurements: they are almost impossible to measure!

Do I have enough humility? faith? Do I love enough? I don’t know! How much is enough, anyway?

I think it is human to want to know how we’re doing, how we’re measuring up.