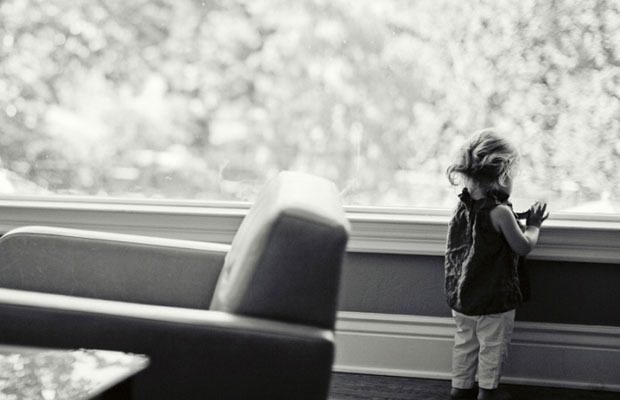 Why Your Children Need You to Believe in Your Own Beauty

My grandmother, a belle of the 1920s, bound her generous bosom so she could mimic the waiflike profile so much en vogue at that time. Eventually the style moved on. I don’t know if she told my adorable, ringlet-headed, saucer-eyed mother that she was a beautiful child. I do know she told her she was too skinny as a young girl and then later made it known that it was a shame her husband had the better legs of the two of them. My mother has always told me I was lovely, but I can faithfully mimic her grimace as she patted her neck in the mirror while I watched her put on her makeup. She was probably about my age now when she started that squinty neck-pat, along with the fretful conversations about the bags under her eyes.

By this point I have racked up years of “do as I say, not as I do” beauty self-assessment for my girls. Is it too late to change my tune? Here is what my therapist friend says to statements like that. “Let’s imagine,” she says, “that the person speaking is not you but a friend you care about. Now let’s imagine she is talking about whether or not she should quit smoking. Would you tell this friend that the moment to quit had passed?” No, of course not.

First, let’s examine my credibility factor. Recently I had to supply a photo of myself for public use. It occurred to me that I looked a lot like Karl Malden, or perhaps Jerry Lewis, in this or any photo. This was just an honest, objective assessment; the pictures spoke for themselves. A friend was in a similar predicament. She produced two gorgeous snapshots of herself, which did not surprise me because she is gorgeous. “Oh,” she said, truly unhappy, “I take a terrible photo.” “This is an unreliable opinion,” I thought. By which I meant, “She is CRAY. ZEE.” Because look—she was as gorgeous in each of those pictures as she is live and in person.

Read the rest of this story at verilymag.com