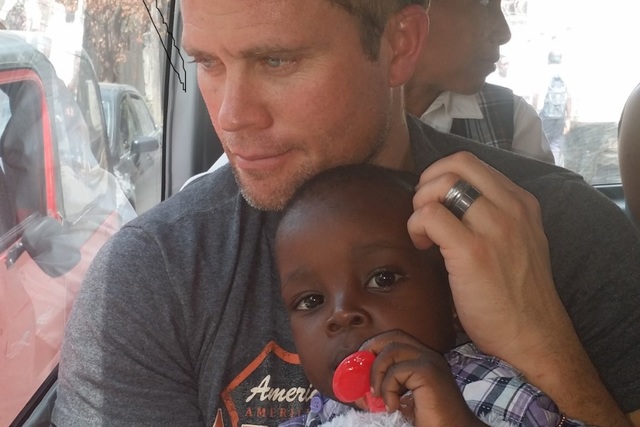 When a former CIA operative risked his life to save two children in Haiti, he didn't expect that they would later completely change his life.

On a balmy February afternoon in the poverty-stricken country of Haiti, Timothy Ballard is thrown to the ground and handcuffed by local law enforcement. Lifting his head from the asphalt, he watches as the woman who just sold him two young children—a brother and sister ages 2 and 3—for $15,000 apiece is hauled away by police.

“We go about our lives thinking we have eradicated slavery, but it’s bigger than ever,” he says. “There are more slaves today than all the slaves in 300 years of the transatlantic slave trade.” In fact, human rights organizations agree there are at least 21 million victims of human trafficking in the world today, including 2 million children. Rescuing these children has become Ballard’s mission in life—a mission he believes is inspired of the Lord.

Ballard and his team of former CIA, Navy SEALs, and Special Ops operatives were recently featured in a documentary, The Abolitionist, which follows these operatives as they rescue children trapped in the jaws of human trafficking. Their program, Operation Underground Railroad, has rescued over 500 victims in over 180 countries around the world.

“Every child is precious,” Ballard says. “We can’t solve this problem overnight, but by just saving one child, we can give them back the life that God intended for them.”

But when Timothy Ballard rescued the little brother and sister he attempted to "purchase" in Haiti, he felt a special connection that he couldn't shake. And when he couldn't locate or identify their parents, he took his problems to the Lord, receiving an unexpected reply. Now, he and his wife have set out to save these children in a new way, by bringing them into their family. Check out the incredible story he shared in this video with Time Out for Women: