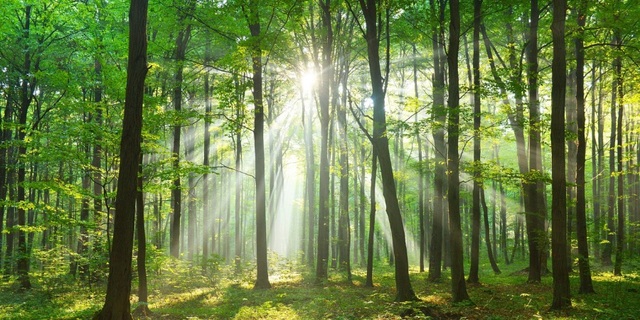 President Joseph Fielding Smith taught an important principle when he explained that “all revelation since the fall has come through Jesus Christ, who is the Jehovah of the Old Testament. In all of the scriptures, where God is mentioned and where he has appeared, it was Jehovah who talked with Abraham, with Noah, Enoch, Moses and all the prophets. He is the God of Israel, the Holy One of Israel. . . . The Father has never dealt directly and personally since the fall, and he has never appeared except to introduce and bear record of the Son.”1 Elsewhere President Smith pointed out that “after Adam’s transgression he was shut out of the presence of the Father who has remained hidden from his children to this day, with a few exceptions wherein righteous men have been privileged with the glorious privilege of seeing him. . . . Since the fall all revelation and commandments from the Father have come through Jesus Christ.”2

I have purposely taken the time to make this point, primarily so that we can come to appreciate just how singularly significant Joseph Smith’s First Vision was. In the words of Elder John A. Widtsoe, “It was an extraordinary experience. Never before had God the Father and God the Son appeared to mortal man.”3 We are aware of several occasions when the voice of God the Father has been heard as the Father bore witness of the Son. Some of these include at the baptism of Jesus (Matthew 3:17; Mark 1:11; Luke 3:22); after the Savior’s triumphal entry (John 12:28); on the Mount of Transfiguration (Matthew 17:5; Mark 9:7; Luke 9:35); and when the risen Lord appears to his ancient American Saints (3 Nephi 11:7). We know that Stephen the martyr saw a vision of Christ standing on the right hand of the Father (Acts 7:55). But the times when the Father and the Son have appeared together to mortal men or women are extremely rare.

The very act of the Father introducing the Son is a great lesson, a primer of the principle that God’s house is a house of order, a tutorial in priesthood government. President Joseph Fielding Smith put it this way: “We have a wonderful illustration of how revelation comes through Christ presented to us in the Vision given to the Prophet Joseph Smith. . . .

“Had Joseph Smith come home from the grove and declared that the Father and the Son appeared to him and that the Father spoke to him and answered his question while the Son stood silently by, then we could have [identified] the story as a fraud. Joseph Smith was too young and inexperienced to know this at the time, but he made no mistake, and his story was in perfect harmony with divine truth, with the divine law that Christ is the Mediator between God and man.”4

► You may also like: Capturing the Vision: Joseph Smith's first prayer through the eyes of those who have portrayed it

One other matter. In the 1835 account, we read the following: “He [Christ] said unto me, ‘Thy sins are forgiven thee.’ He testified that Jesus Christ is the Son of God. I saw many angels in this vision.”5 No other contemporary account mentions the appearance of angels. But should such a thing surprise us? Keeping in mind that the implications of this singular visionary experience were absolutely earth-shaking, that the long night of darkness when the fulness of the gospel was not on earth was coming to an end, that angel after angel would appear to Joseph Smith and his co-laborers in the restored gospel to respond to questions, instruct, confer, and ordain—it would not be out of the ordinary to learn that other heavenly messengers would be in attendance to witness the greatest event in the history of the world since the Resurrection of Jesus Christ. Frankly, “there is no reason to suppose that when Joseph says, ‘I saw two personages,’ he means that he saw them at exactly the same time for precisely the same length of time or that he did not see others besides the two.”6 It was a day of rejoicing, a time when the heavens resounded.

Our Heavenly Father and the Lord Jesus Christ chose to open the heavens by calling an unsophisticated but receptive and spiritually sensitive youth. Elder Orson Pratt put it well when he declared that Joseph Smith was “uncontaminated by [old Christian] traditions, as he was not a member of any church. . . . He was uneducated; he had not been to college; he was not trained in the vices of all large cities; but merely a country boy accustomed to hard work with his father.”8 God could mold and shape the mind and heart of such a pure and receptive youth.

“Joseph Smith’s 19th-century frontier environment was aflame with competing crowds of Christian witnesses,” Elder Jeffrey R. Holland observed. “But in the tumult they created, these exuberant revivalists were, ironically, obscuring the very Savior young Joseph so earnestly sought. Battling what he called ‘darkness and confusion,’ he retreated to the solitude of a grove of trees where he saw and heard a more glorious witness of the Savior’s centrality to the gospel. . . . With a gift of sight unimagined and unanticipated, Joseph beheld in vision his Heavenly Father, the great God of the universe, and Jesus Christ, His perfect Only Begotten Son. Then the Father set the example. . . . He pointed to Jesus, saying: ‘This is My Beloved Son. Hear Him!’ No greater expression of Jesus’s divine identity, His primacy in the plan of salvation, and His standing in the eyes of God could ever exceed that short seven-word declaration.”9

The time had arrived for young Joseph Smith to begin his spiritual education, and the Gods of heaven chose to begin it by coming to earth and meeting with him in a private interview. “If every one of us knew in our hearts that [Joseph Smith’s testimony of his vision] is true,” President Gordon B. Hinckley taught, “then we would know that all else which follows it, which came through the restoration of the gospel, is true also. And we would walk and live with greater faithfulness.”10

Joseph would acquire light and truth “line upon line, precept upon precept” (2 Nephi 28:30) and would grow in spiritual stature a little at a time. Revelations would come. Angels would appear. Priesthoods would be restored. Temples would be erected. But first young Joseph needed to meet God face to face. The Gods of heaven needed to descend from their throne above. That took place in the spring of 1820. The prophetic word given to Enoch was in process of being fulfilled: “And righteousness will I send down out of heaven; and truth will I send forth out of the earth” (Moses 7:62; see also Psalm 85:11). Indeed, the ultimate Truth came down from heaven as embodied by the Father and the Son, truth that would set millions of people free (John 8:31–32)—free from superstition, free from falsehoods, free from ignorance.

As we often hear, Joseph Smith's First Vision is foundational to the restored gospel: no Vision, no Restoration. It all starts there. If a major encounter between a fourteen-year-old boy and the Gods of the universe did not occur, then all that we teach and practice, all the good we strive to do in the name of Christian service, is vain and superficial—in the long run, it would have no saving significance for the children of God. What receives much less attention, however, is what we learn from Joseph's encounter with God the Eternal Father and His Son, Jesus Christ. When we begin to explore the theological concepts discovered, the lessons derived, and the principles learned from the Vision, we move into the realm of doctrine—and doctrine has the power to save. I Saw a Pillar of Light is available now at DeseretBook.com.