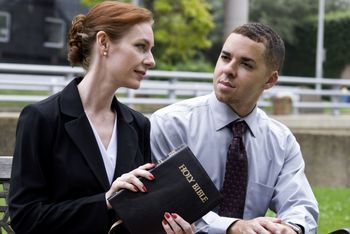 Why religion will matter in 2012

After the release of our poll last week showing the impact of perceptions of religious differences on support for President Barack Obama and Mitt Romney, I’ve been answering a lot of questions about why religion will matter in the 2012 elections.  There is both a particular and a general answer to this question.

The 2012 presidential election is more than 15 months away, but Republican presidential hopefuls are already simultaneously burnishing their religious credentials and trying to address potentially problematic religious connections. Although only four-in-ten Americans currently know Mitt Romney is Mormon, as his campaign proceeds, he will need to negotiate negative perceptions of his Mormon faith, particularly among white evangelical Protestants who make up a sizeable portion of the Republican base.  Michele Bachmann has faced criticisms that her former long-time church holds anti-Catholics views and that her husband’s Christian counseling practice offers discredited ex-gay “reparative therapy.” Texas Governor Rick Perry is holding an all-day Christian prayer event this weekend on August 6 in Houston, an event that many see as a de facto presidential campaign launch.  And on the Democratic side, President Obama continues to have his own problems with perceptions of his faith: only four-in-ten Americans correctly identify his religion as Christian, and 18 percent of Americans continue to wrongly believe he is Muslim.
Read the rest of this story at washingtonpost.com