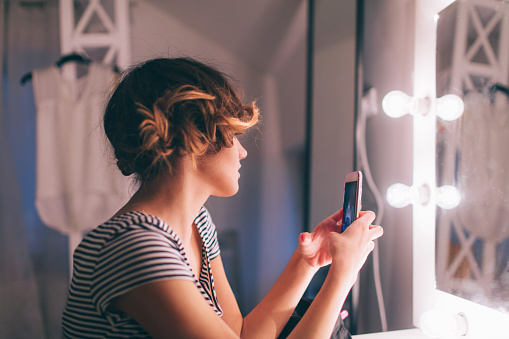 I think I was 11 years old when I first heard that Mormon women were more likely to get plastic surgery. Though I was fairly young, that always seemed a little odd to me.

Since then, I've had family members and friends who have had cosmetic surgeries, both those who are Mormon and those who are not.

And though I grew up in Utah near Salt Lake City, America's vainest city according to Forbes, I never thought that the Mormon women I knew were more likely to get plastic surgery than anyone else. I thought it was really disturbing most people thought Mormon women were the ones who felt they needed cosmetic surgery the most.

In fact, The Next Mormons survey, a representative sample of 1,155 Mormons, found that Mormon women actually don't have more cosmetic surgery than the national average.

According to the survey and the article "Mormon women have more cosmetic surgery . . . or not" by Jana Riess, the number Mormon women who have plastic surgery is about the same as the national average.

But I heard growing up that Mormon women "wanted their bodies back" after having so many kids and that's why they were way more likely to give into the billboard signs and commercials for cosmetic surgeries, something that now seems a little far-fetched.

Though I don't necessarily think of cosmetic procedures as either bad or good, I thought it was particularly damaging that people were saying that Mormon women, in particular, needed it more than any other group to feel beautiful about themselves—especially when that's just not true.

Whether or not an LDS woman chooses to have a cosmetic surgery is her choice. I don't think it necessarily means that she has body-issues or doesn't value her natural beauty. However, I do think perpetuating a myth that Mormon women somehow need plastic surgery is harmful for many reasons.

For instance, there's already a harmful mentally some have that Mormon women who are not beautiful enough or don't try hard enough to look pretty will never marry. Why should we believe Mormon women need cosmetic surgery to be appealing? That just seems like a harmful way to breed the mentality that women are only worth as much as their looks and their intelligence, character, and talents somehow come after that.

And I think this mentality is as harmful to mothers. According to a Pew Research study, Mormons have more children on average than any other religious group, and I think this idea that Mormon moms need cosmetic surgery to be beautiful again creates a negative mentality that tells women after having children your body is no longer beautiful. This casts motherhood as an ugly thing that needs to be erased as soon as possible. That's what bothers me about saying Mormon women need to "get their bodies back" after having children, not the fact that mothers do have cosmetic procedures.

When people say Mormon women are more likely to have plastic surgery because that's how they can catch and keep a husband or because their bodies are no longer beautiful after childbirth, it's dangerous. There's so much more to self-worth and being a woman than looks. While Mormon women do have cosmetic surgeries and I am in no way saying that in and of itself is a bad thing, it is a bad thing that people think Mormon women need plastic surgery. That's a dangerous, damaging myth that too many are too willing to believe.

Mormon Life Mormons WomenMormons,Women,Mormon Life
Comments and feedback can be sent to feedback@ldsliving.com