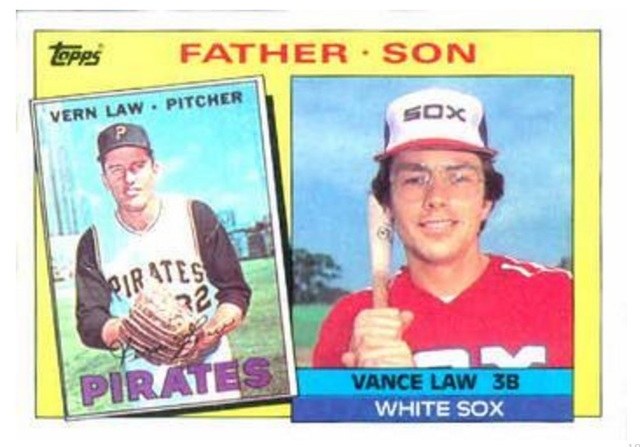 It's not often a father and son both build successful careers in Major League Baseball—especially when the father-son duo are Mormon. But Vern and Vance Law both played over a decade of professional baseball, sharing their beliefs and examples in diverse ways.

Nicknamed "The Deacon," no one questioned Vern's standards or his beliefs. "Faith is really the central element of his life," author John Moody told the Deseret News.

In fact, Vern even experienced a "bizarre injury that is now part of World Series lore" while attempting to protect his beliefs. After winning their final game to make it into the World Series in 1960, players with the Pittsburgh Pirates attempted to rip off Vern's shirt, something he resisted "in part because he was protective of his temple garment," Deseret News reported.

"I wanted to be successful enough that I'd have opportunities to talk about the church," Vern said.

Decades later, Vern's son Vance followed in his father's footsteps, playing 14 years in professional baseball—though Vance made it clear the sport "was what I did, not who I was. I was a son of God."

After his 4-year-old daughter was diagnosed with brain cancer, Vance shared, "That's where knowing who you are and understanding the Plan of Salvation and the power of the priesthood mean a lot. I was glad I was not a baseball player, but that I was a father and priesthood holder."

Vance enjoyed going to church with other MLB players like Dale Murphy, Bruce Hurst, Alan Ashby, and Jarry Garvin as well as acknowledging these fellow Mormons while playing them on the field. Once, a Mormon organist in Houston even played "Popcorn Popping on the Apricot Tree" for Vance as he stepped on the field to practice between innings.