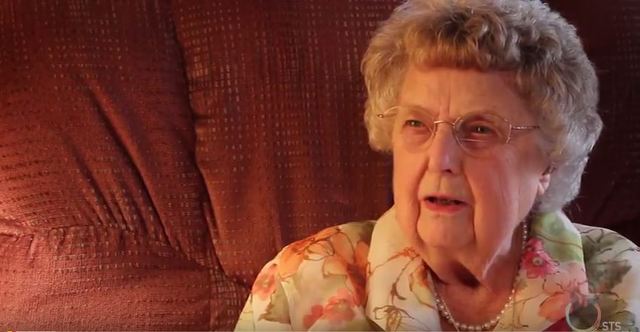 When Amber Richardson read a quote by J.O. Young in the best-selling biography Unbroken, she was initially surprised. Brother Young lived in her home ward and she had remembered hearing him tell stories about his experiences as a prisoner of war during World War II; however, she had never made the connection to Unbroken. As she thought more about Brother Young's experiences, she realized she had never heard his wife's side of the story.

Pearl Sparks Young shares her powerful testimony and insights with Amber in a new segment of Splitting the Sky, a YouTube documentary series that aims to share authentic stories of faithful women.

After high school, Pearl and J.O. were thinking about getting married. They quickly changed their wedding plans, however, when J.O. applied to work on Wake Island. In J.O.'s patriarchal blessing, he was told "that he would go to the isles of the sea, from which he would safely return." This promise allowed Pearl to sustain hope during the challenging years ahead.

Wake Island was bombed by Japanese forces the same day as the attack on Pearl Harbor in 1941. Pearl and J.O.'s family didn't hear anything from him for many months. Despite her feelings of heartache and worry, Pearl continued to trust in God's promise of his safe return:

"Christmas was a sad time. We knew by then that the island had fallen to the Japanese. . . . We didn't know if [he was] dead or alive, and people would tell me . . . 'You'll never see him again.' But I knew they were wrong."

The following May, the Young family received a letter informing them that J.O. was alive and that he was being held in a Japanese prison camp. He remained there for four years. "You haven't any idea how long a war can be," Pearl says of this difficult time.

The day finally came when J.O. was able to return home. As Pearl approached the dock where his ship was to arrive, she remembered worrying about whether their relationship could ever be the same:

"I wondered, 'what will I do? If he doesn't remember me and everything isn't the same?' His mother asked me if I wanted to go down with her to meet him. It was a silly thought, but I thought . . . if he kisses his mother first, then I'll know he doesn't like me anymore. . . . We were on the harbor and we could see all these men up on the ship and they . . . had been prisoners of the Japanese. We finally spotted him, and we waved at him. And he [later] said, 'I was looking down at all the people down on the dock and said, 'Ah, there’s my girl, Pearl!' So he took off and came running down and he grabbed me and kissed me. So I thought, 'Well, he does remember me and still loves me!'"

They were married one month later. Life has never been easy for the Youngs, but Pearl believes that her faith in God has allowed her to continue moving forward: "Since we’ve been married, we’ve had our good times and times of struggle, but you just keep on going. You have faith, and you keep trying to do what’s right." 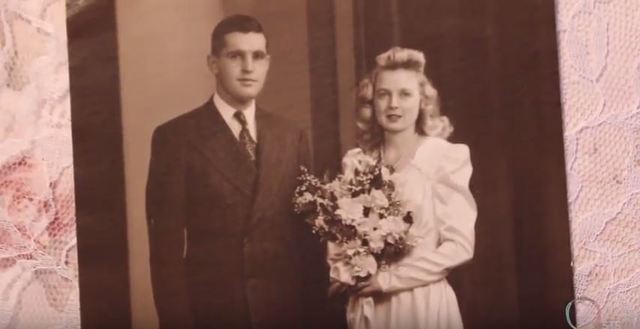 Lead image and photo above screenshots from video