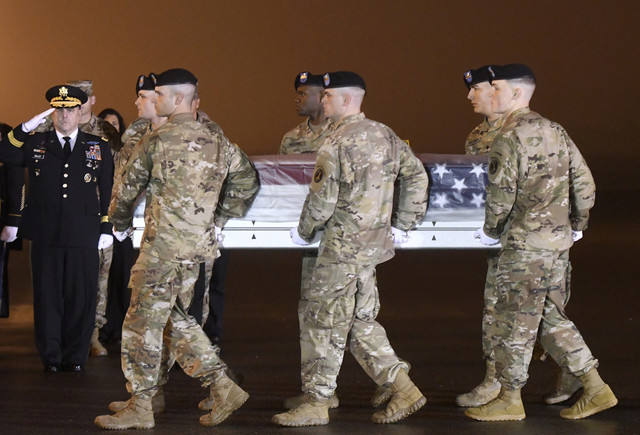 As the body of Utah National Guardsman Maj. Brent Taylor was returned to the U.S. early Tuesday, his wife offered an emotional statement declaring that while the loss of her husband is devastating, she called it a "sacred honor" to know he died for his country.

Taylor's widow, two oldest sons and parents were on hand Tuesday morning as his remains were returned to Dover Air Force Base in Delaware, where Jennie Taylor made her first public comments following her husband's death, welcoming "Maj. Brent Russell Taylor back onto U.S. soil and back home to the land he has always loved so dearly."

"To call it a sobering event would be an unspeakable understatement," she said. "To say that our hearts are anything but shattered would be nothing short of true deceit. And yet, to deny the sacred honor that it is to stand that close to some of the freshest blood that has been spilt for our country would be absolute blasphemy."