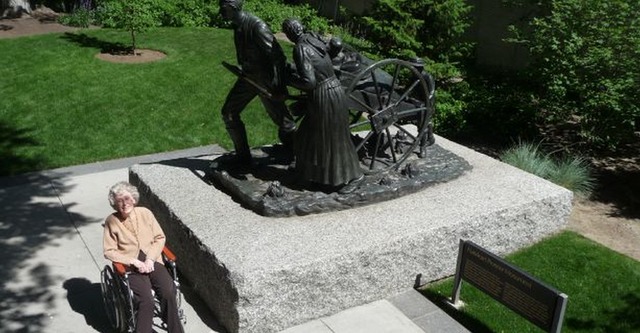 MR says: Just two years old at the time, Marie James was immortalized on Temple Square when she was sculpted into the bronze statue of a man and woman pulling two children in a handcart.

Standing on Temple Square for the last several decades is a large bronze statue of a man and a woman pulling two children in a handcart.

The young girl inside the handcart sculpted by Torleif S. Knaphus was just two years old at the time of its creation, but now, Marie James is a 92-year-old resident at The Coventry.

James is one of Knaphus' last surviving children.