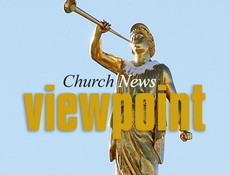 Over the past two weeks, hundreds of millions have enjoyed the 2012 Olympic Games in London. We have been collectively inspired by the almost unimaginable moments of athleticism and competition displayed on the court, pool, mat, field and track. Every four years we watch the summer Olympics and recalibrate the limits of human athletic capacity as men and women swim faster, jump higher and run stronger than ever before.

As in past Olympics, these games have minted a new generation of athletes whose medal-winning moments will be celebrated for decades to come. We will long associate, say, the tiny island nation of Jamaica with their blazing sprinters. Pixie-sized gymnasts will remain forever young and lithe, at least in our memories and highlight reels. And in the coming weeks, legions of little boys and girls will likely flock to the nearest community swimming pool or track-and-field club with visions of becoming an Olympian themselves one day.